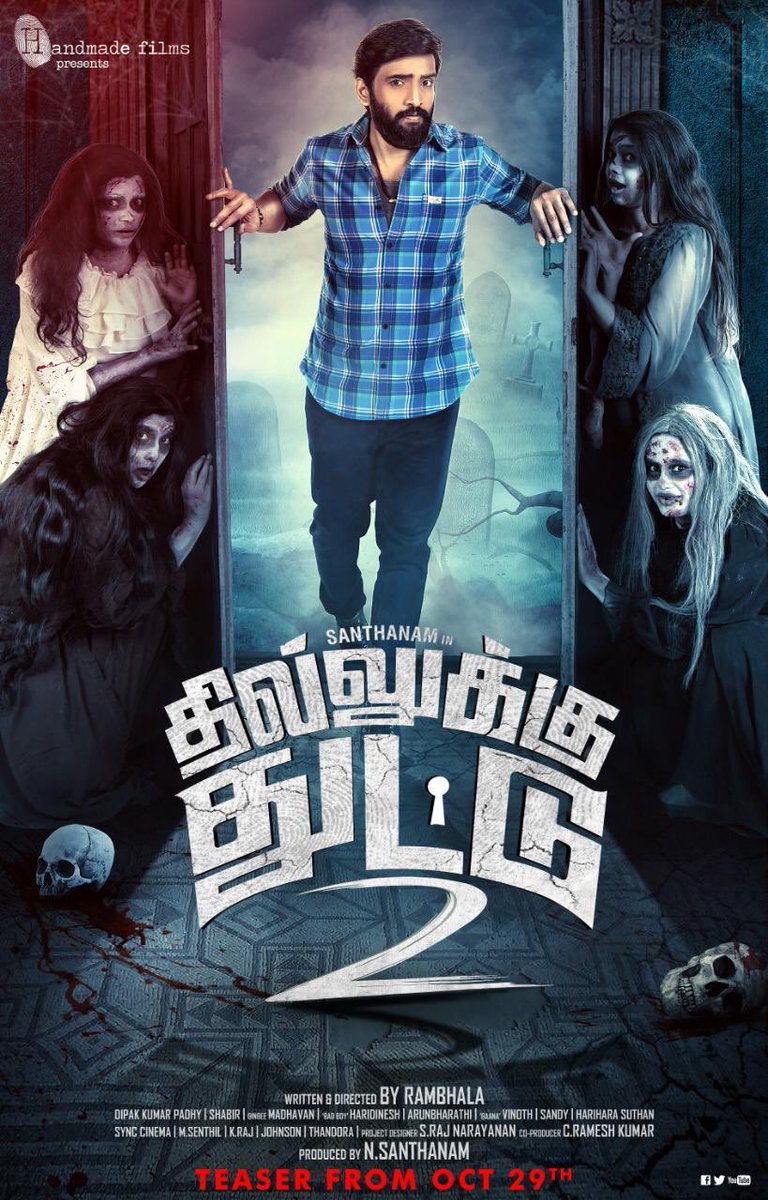 The film features Shirtha Sivadas from Kerala playing the female lead role. The makers had to go through lots of auditions to finalize the heroine as this characterization happens to be a substantial one forming an important part of the film. Others in the star-cast includes Motta Rajendran, Urvashi, Bipin of Jil Jung Juck fame, Ramar (Kalakapovathu Yaaru fame), Dhanasekar Kalakapovathu Yaaru Fame), Ayyappa Baiju (Famous Standup comedian Kerala) and few more familiar artistes.

Rambhala, director of Dhillukku Dhuddu fame is back with Santhanam in ‘Dhillukku Dhuddu-2’ as well. Shabir (Music), Deepak Kumar (Cinematography) and Madhavan (Editor) form the technical crew. The official announcements involving the teaser, audio and worldwide theatrical release will be made shorter in time.