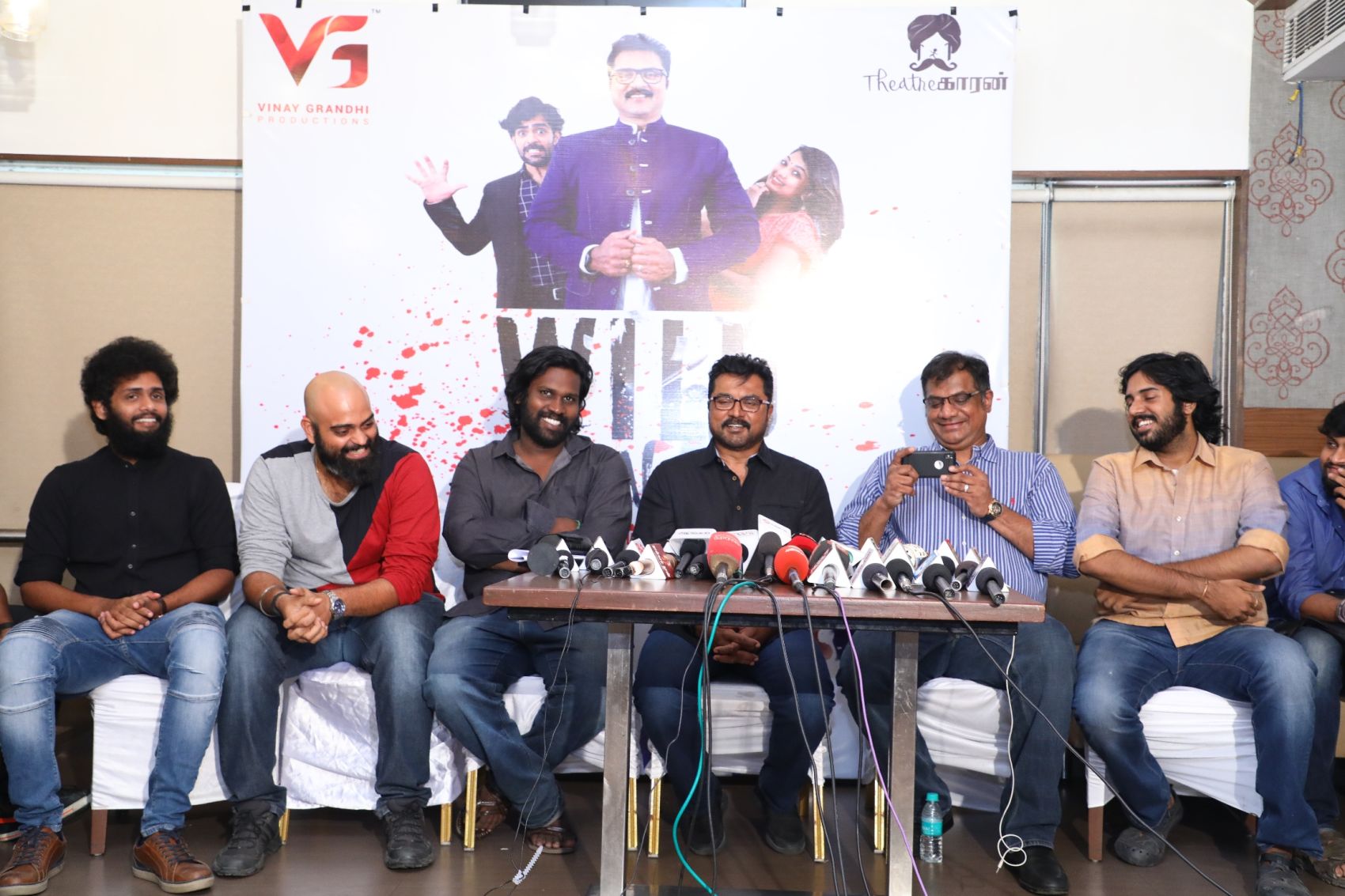 This November, get set for the most twisted, zany, and rib-tickling ride of your life as Vinay Grandhi Productions presents the Ticklish Tanglish comedy ‘Wild Tales’. Produced by Vinay Grandhi a serial entrepreneur and former professional from the film industry, Wild Tales is directed by Sriram Jeevan of Chennai-based theatre group Theatrekaran. And that’s not all, the production will mark the theatre debut of actor-politician Sarath Kumar. Wild Tales will be presented at The Music Academy on 4th November 2018 with two shows, one at 5.00 pm and other one at 7.00 pm.

Wild Tales is a compilation of four short stories, taking everyone through the journey of witnessing a vault robbery, murder mystery, love story and a horror musical. The vault robbery follows four thieves who have no commonality with each other besides being in the same place at the same time and this story unfolds in a very interesting way. The murder mystery follows two detectives on their investigation in solving the case. The love story is a beautiful humorous tale interestingly involving a Dora doll. The horror musical is a beautiful story of a vampire accompanied by a great rendition of songs which is sure to captivate your attention.

The common string between all the 4 tales is the presence of a God like figure whiles the tales being WILD!! This is a must watch performance accompanied by an amazing star cast. The duration of the play is one and a half hours. Headed by Actor-Politician Sarath Kumar, the rest of the cast include Sabari, Raghav, Angu, Dhana, Singer Nivas, Soundarya, Sebastin, Mirchi Shiva Shankari, RJ Dinesh, RJ Giri, Mirchi Saba, Maheswar and Savina.

Vinay Grandhi Productions was founded on November 4, 2017, by Chennai-based entrepreneur, former film professional and event manager Vinay Grandhi with the aim of tapping new talent to produce events, short films, TV shows, web series, music, theatre, and cinema. In June this year, Vinay met Sriram Jeevan of Chennai-based upcoming theatre group Theatrekaran, raring to go with his dream production ‘Wild Tales’. Sriram’s passion made Vinay agree to get on board as a producer of the Tanglish play “Wild Tales”. The premier of this play coincides with the first anniversary of Vinay Grandhi Productions, which is November 4.

An aspiring young director with several plays to his credit. He started his theatre journey at the age of 19. His theatre and his career took off in early 2010 with Koothadi as an assistant director to J Jayakumar where he worked for 5 years. He then went to direct his own short plays with Chettinad Players. He later went on to form Theatrekaran. Scripting and direction is what he does at Theatrekaran and also teaches acting for kids and adults. He has been actively involved in all departments of theatre.

Theatrekaran, a theatre group, founded by Sriram Jeevan, Raghavendr Sivaramakrishnan and Sabarivas Kannan, is the product of the innate passion and exuberance shared for theatre as an art. Ever since its incipience on October 2nd 2016, we have done plays that have a contemporary take on epics and mythologies like that of Ramayana, Mahabharata and classical pieces such as Kalki novels, Silapadigaaram, etc. Apart from being trained in epic plays, we have delved into street plays, PSA’s and theatrical training of various age groups and other demographics of the society. Traversing the artistic route to perfection, Theatrekaran has its goal to bring glory to Theatre.