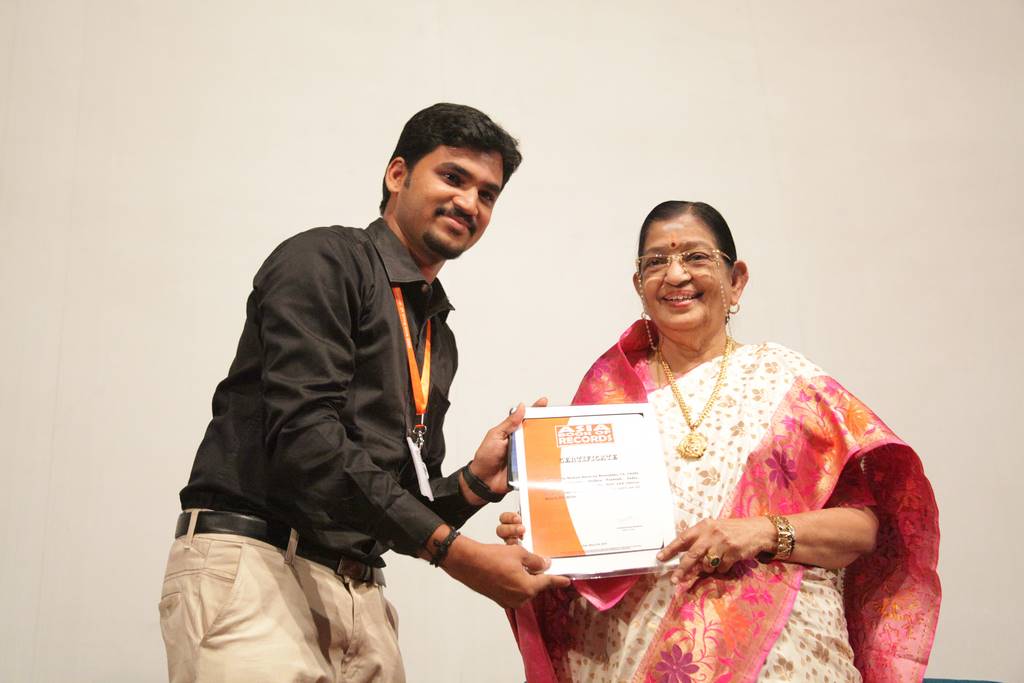 While the quest of spirituality takes years and ages to claim, music becomes the easiest way to connect with universe and one’s own self. When it happens, one becomes an angel and their masterpieces, an elixir of many souls. The most celebrated eminent singer Pulapaka Susheela Mohan, over the decades has spread the joy upon her listeners with awe-inspiring songs. Her songs beyond languages have been the sweetest lullabies for the babies, invigorations for lovers and philosophical elegance to many.

The versatile singer felicitated with ‘Guinness World Records’ for reportedly recording 17,695 solo, duet and chorus backed songs in over 6 Indian languages, since the 1960s, as verified on 28 January, 2016.

With so much of prestigious showpieces delivered from her stores to the world of music, what lets her steal the spotlights is her childlike innocence. It was so much illustrious with her note of thanksgiving she delivered this evening towards media, producers, music directors, family and friends, who she believes have made this possible.

“It gives me immense joy to see the prestigious award conferred upon me. Journalists have been the greatest means of support during those days and so elated to see it continues to be same even now. I am not sad that I got this honour late in time. The advanced technology and developments has made the world to see this achievement,” said Susheela as her flow of words were much mellifluous as her singing.

“I am so much blessed to have great family and the earnest support from my parents, who stood by me. My husband was one of the greatest pillar standing beside me, encouraging me to achieve more in music,” uttered the versatile singer as she continued to recollect the nostalgic memories citing that her husband, a doctor by profession fell in love with her voice.

Her greatest gesture was more reveling when she credited this success to her close associates, who were present for the occasion.