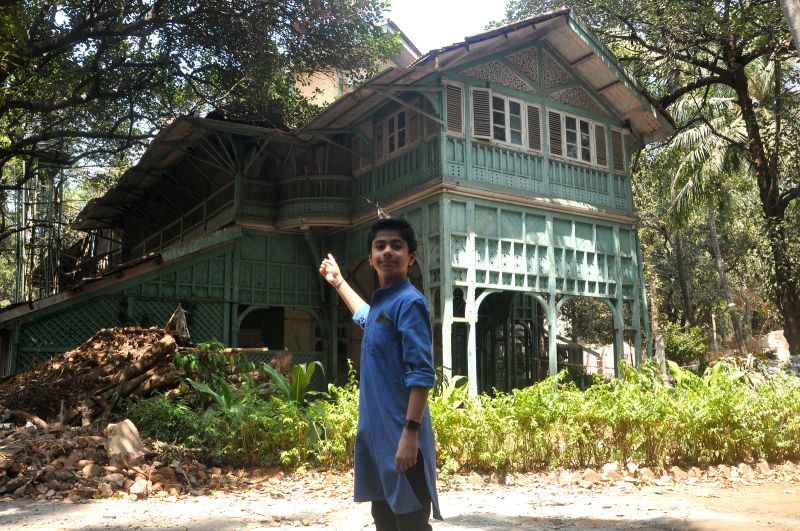 When it comes to stories from “The Jungle Book,” Indians feel a deep sense of ownership as the timeless tale is set in India. After getting the impressive line-up of Indian talent to voice the iconic characters in Disney’s all-new, live-action epic film. “The Jungle Book” Disney India now gears up to welcome Neel Sethi aka Mowgli. Neel was hand-picked by director Jon Favreau from over 2000 hopefuls to play the role of Mowgli.

12-year-old Neel Sethi is in Mumbai for 2 days and was part of a fun media interaction and exclusive India footage screening, unseen before in the entire world!! Disney India MD Siddharth Roy Kapoor and music composer Vishal Bharadwaj along with Neel had a fun banter session wherein Neel revealed his excitement in visiting India, learning Bhangra and much more!! The talented kid also fed bananas to a cute elephant at the Deans Bungalow later on, in Fort, Mumbai, a nostalgic and iconic heritage site, where the Jungle Book author Rudyard Kipling spent some time during his heydays.

“The Jungle Book” is Neel’s first film as an actor and interestingly he plays the only human being in the story!

“I have heard so many stories about the jungles of India from my maternal grandparents, who live here. I am so excited to be visiting my homeland once again. When my parents heard that I got the part to play Mowgli, they were so excited because the stories are based in India,” says New York City based Neel. Speaking about the experience acting in his first film, the 12-year-old says, “I am thrilled to have played Mowgli in my first film and befriend the much loved characters like Bagheera the Panther and Baloo the Bear. India is the first country internationally that I will be presenting the film in. I really hope people in India enjoy watching the jungle come to life!” says the young actor.

To make the film unique and special for India, the Studio has already roped in stellar voice talent – Priyanka Chopra, Irrfan, Nana Patekar, Shefali Shah and Om Puri – to lend their voice for the principal characters of the movie. In the Hollywood version, Scarlett Johannson, Bill Murray, Idris Elba, Lupita Nyong’o and Ben Kingsley have dubbed for the respective characters.

Disney’s The Jungle Book is one of the most-anticipated films of recent times and the Indian audience will get to watch it on April 8, a week before US release.