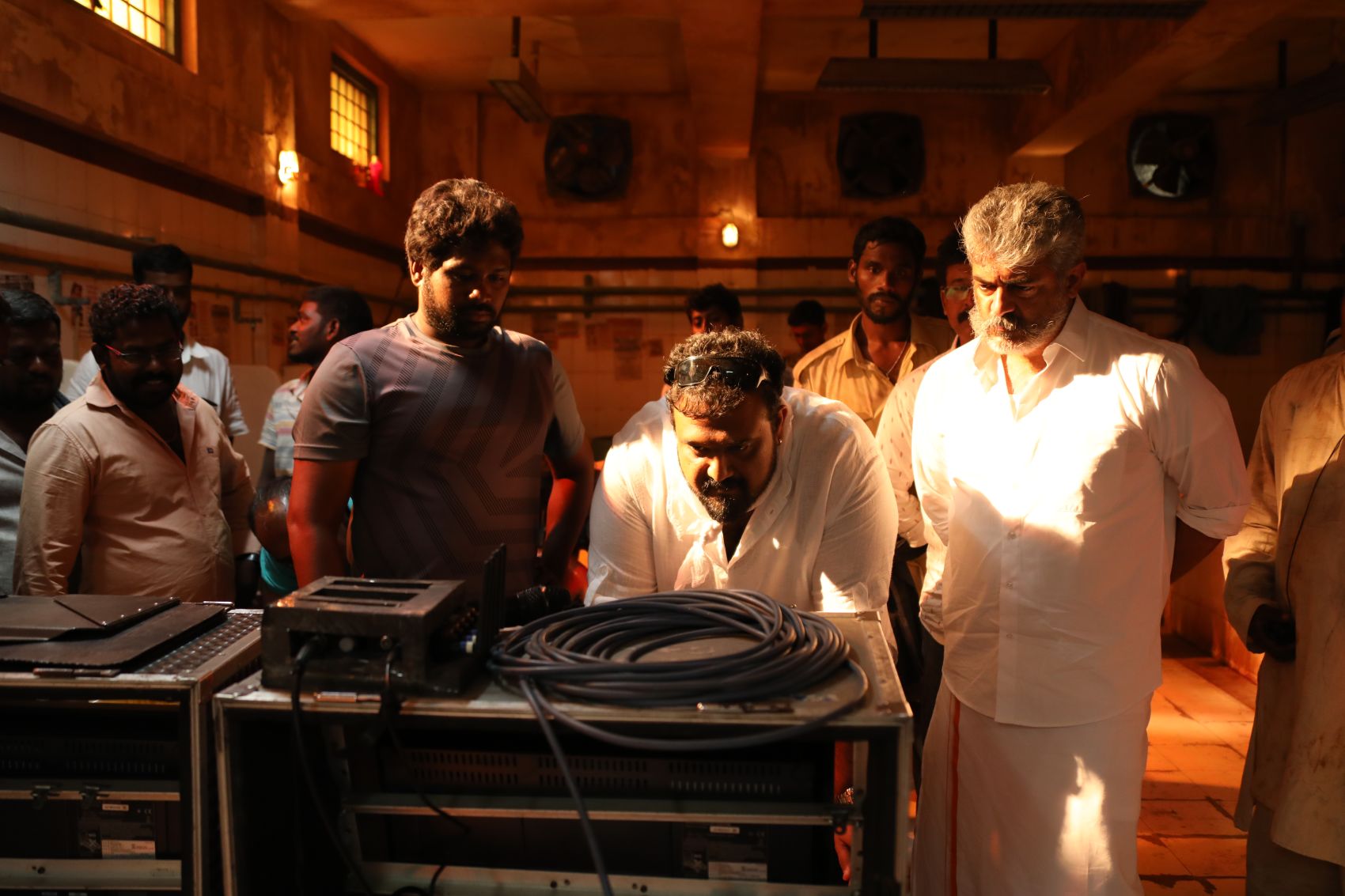 As the title ‘Viswasam’ goes, the bonding between Ajith Kumar and director Siva has been loyal across the years. In fact, the feeling of positive vibes could be felt much prevalent with this collaboration, where the songs and trailer have gained groovy response. But, Siva remains so much calm and composed with confidence about the film, scheduled for worldwide release on January 10.

So how did it all happen? The origin of Viswasam, ask director Siva and he says, “As soon as we decided to work on a new film, I narrated the Viswasam script to Ajith sir and I was so much surprised about his reaction. I had never seen him enjoy so much while listening to the scripts. In fact, he told me that it’s been a long time he came across such an entertaining script. Significantly, a feel of positivity started prevailing thoroughly from this moment and we are now ready with the release of film.”

Filmmaker Siva has adorned the onscreen avatars of Ajith Kumar as a saviour of family (Veeram), a guardian of sister (Vedalam) and protector of a country (Vivegam). This has kindled an irresistible curiosity among the audiences to know about his role in Viswasam. “This film is purely about a man in Madurai, a son of soil, someone who is irresistibly cheerful, but emotional too. I am sure, while audience go back home with the emotional connection towards ‘Thookku Durai’ character.”

Furthermore, Siva intensifies the ‘Emotional’ factor of Viswasam saying, “I would openly admit that Viswasam will have a huge emotional impact than my erstwhile films with Ajith sir. Of course, there are lots of theatre moments involving mass and energy from him. Now, we are so much confident and positive about having a Super Pongal.”

Beyond all those mass adorations, what makes actor Ajith Kumar is the way he values certain responsibilities towards his fans and audiences. We tend to ask Siva about such elements in Viswasam and he utters, “Ajith sir is always concerned about self discipline as he believes it will have a good social impact. Maybe, certain things you hear from him might sound casual, but he ritually sticks to them and never gives up. I am sure you would have all noticed a shot where he and Nayanthara madam is seen wearing helmet during a bike ride. He strongly believes it’s not just the safety of the rider, but the ones alongside them as well.”

Having travelled with Ajith Kumar for nearly 5 years and 3 films, director Siva is surprised about certain things. He says, “Among all the films I have worked Ajith sir, Viswasam will be close to my heart forever. Ajith sir kept surprising me with so many variations in performances, which I hadn’t witnessed. It was so much evident that he was enjoying each and every bit of process. In simple words, we as fans have always enjoyed watching the “STAR” AJITH and audience will get to see “ACTOR” AJITH blended here.

Getting over to the others in the star-cast, Siva says, “Nayanthara madam is a bundle of talents and she gives an impeccable performance. Her spontaneous ability to give perfect strokes even with little nuances in performances enthralled me a lot. Her characterization in this film will be more substantial and would be prominent. Jagapathi Babu Sir’s antagonistic role will never step out of reality. You hear him saying in the trailer, “I am hero of my story” and justify it accordingly in villain avatar. His role is something that many would come across in the day-to-day lives and it doesn’t go beyond the point of reality. I must say, Viswasam is gifted with so much of talented actors. Starting from Vivek sir, Yogi Babu, Thambi Ramaiah,Robo Shankar, Kovai Sarala and many others, it has lots of talented actors.”
Iam greatly in depted to my core team comprising DOP Vetri, Editor Ruben, Music Director Imaan, Action Director Dilip Subbarayan, Art director Milan for supporting me . Their excellence in their respective departments made this happen. The contribution of Sound engineer Udhaya kumar, Sound designer Hari, VFX team Selvam, and Co writer Adi Narayana Rao cannot be over looked.

Thanking his producers T.G. Thiyagarajan and Arjun Thiyagarajan, Siva says, “Thyagarajan sir has been a perfect gentleman and his support has been incredible. He made sure that the entire process was smooth by making the essentialities available. His son Arjun was so much supportive and is majorly responsible for making us wrap up the project on time. In fact, my relationship with producers at Sathya Jyothi Films goes beyond generations as our grandfathers had worked together and we being associated as third generation are a blessing.”