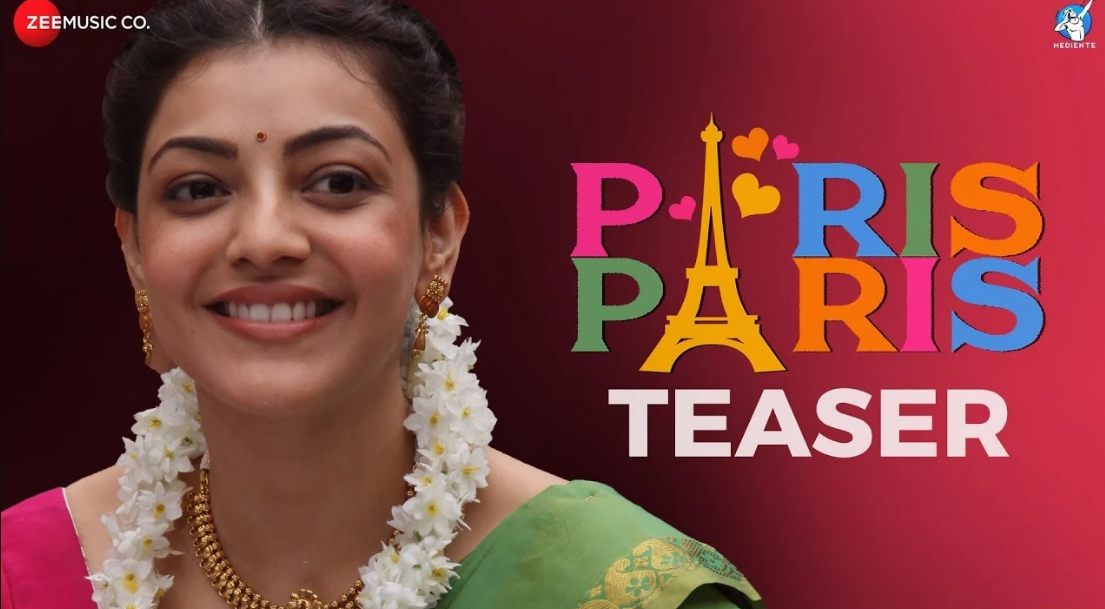 Mediente Films released the teaser of their Tamil film ‘Paris Paris’ and it sure looks like it won many hearts and urges each one of us to be a part of Parameswari’s journey.

Directed by ace director, Ramesh Aravind, the films stars Kajal Aggarwal who stuns with her no-glam look and her classy act. Kajal Aggarwal otherwise known to be the glamorous diva, makes a complete make over to play a sheltered under-confident girl from Virudhunagar, a small town in Tamil Nadu.

The fun and colorful teaser puts forth the high production value with exotic and expensive European locations and Amit Trivedi’s enthralling music composition. With his debut in the south film industry, Amit Trivedi’s earthy yet peppy composition builds up the excitement and makes you want to hear more.

‘Paris Paris’ is produced by Manu Kumaran, co-produced by Parul Yadav and presented by Taizoon Khorakiwala under the banner of Mediente Films. The dialogues of the film are penned by Thamizhachi Thangapandian.