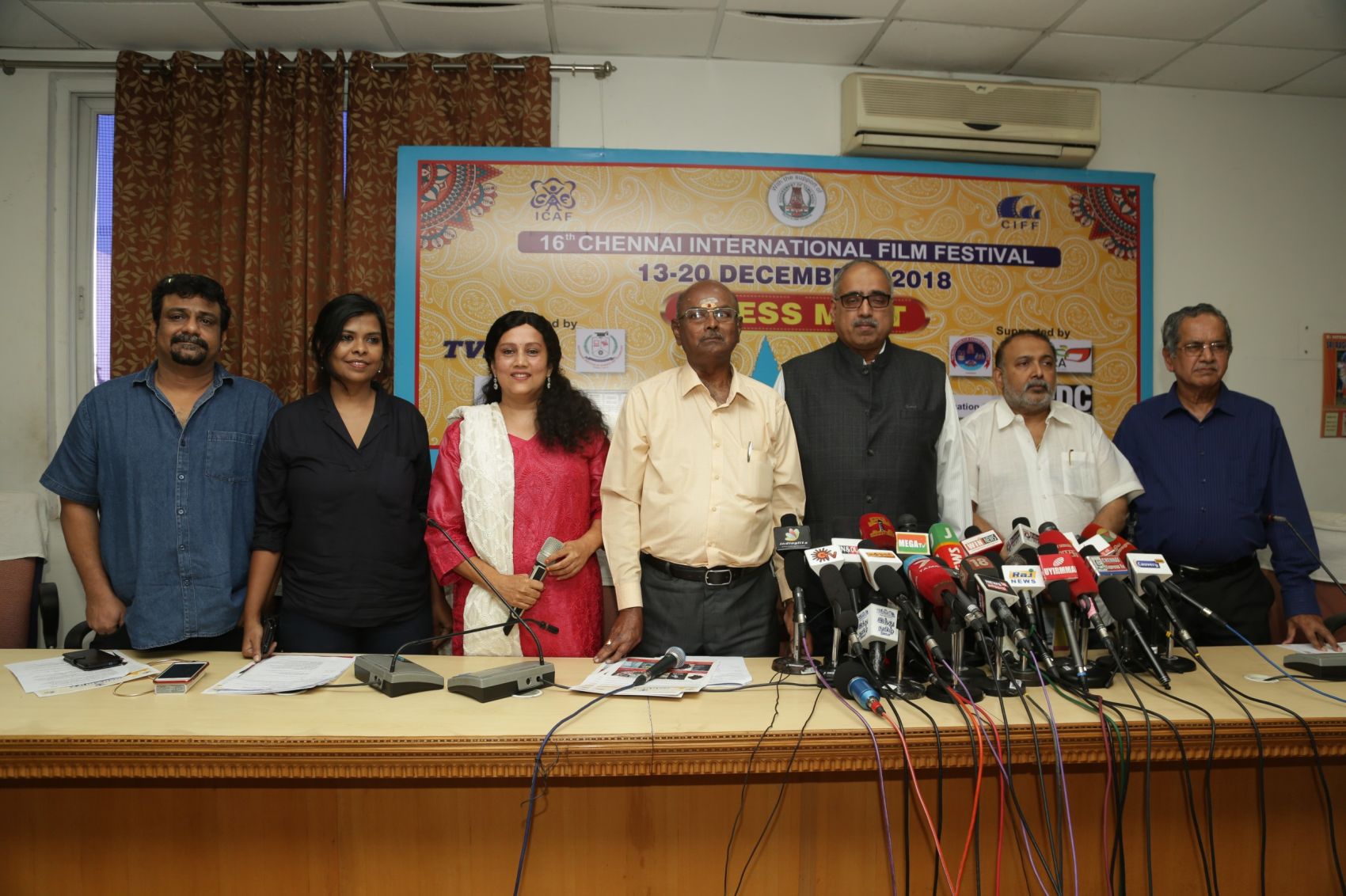 FIRST TIME IN CIFF:
1) A movie from ZAMBIA (Southern Africa)
2) 13 movies from GRULAC (Group of Latin America and Caribbean Countries) including films from COSTA RICA and TRINIDAD & TOBAGO(for the first time!)
3) A movie from LADAKH (in Indian Panorama category)
4) A movie from KENYA.

Delegate Registration
For Students, Film Industry and Senior Citizens – Rs.500/- (Plus one Photo, with Identity)
For Others – Rs.1000/- With Photo
Direct Registration at Devi Cineplex – Daily between 10:30 am to 6:00 pm
Online Registration – www.icaf.in / www.chennaifilmfest.com / www.bookmyshow.com

He made his debut with the movie Pudhu Vasantham movie and won Tamil Nadu State Film Award for Best Director for his debut movie. He has directed many blockbuster movies like Suryavamsam, Unnidathil Ennai Koduthen, Unnai Ninaithu and has won many Tamil Nadu State film awards for his direction. He won the National Award for his film Vaanathaippola under the Best Popular Film Providing Wholesome Entertainment.

After dabbling in ad filmmaking and a couple of shorts, Gayatri studied MFA (in filmmaking) at Northwestern University, Chicago. On her return, she co-wrote and co-directed Oram po (aka Auto), a quirky comedy set in the sub-culture of underground auto-racing in Chennai. The film was critically and commercially lauded. Her second feature, Va-Quarter cutting, set in one night on the streets of Chennai was again a celebration of the city (Chennai) and its people. Her 3rd feature, ‘Vikram Vedha’, a modern take on the Vikramadhityan-Betal tales of yore, set in contemporary world of gangsters and cops turned out to be a blockbuster. The film also won a lot of critical acclaim including a win at last year’s CIFF. All her work, she co-writes and co-directs with her husband and longtime partner AKS Pushkar, making them one of the few married couple to be working together.

A journalist with over 12 years of experience, Suganth is a special correspondent with The Times of India, and has been writing for the publication ever since they set up their Chennai edition, in 2008. He’s been covering the entertainment and cultural scene in the city for the past 10 years, with a special focus on Tamil cinema. Starting out as a music and DVD reviewer, he’s been reviewing Tamil films for TOI since 2012. He’s a recipient of the Indywood Media Excellence Awards in 2017.