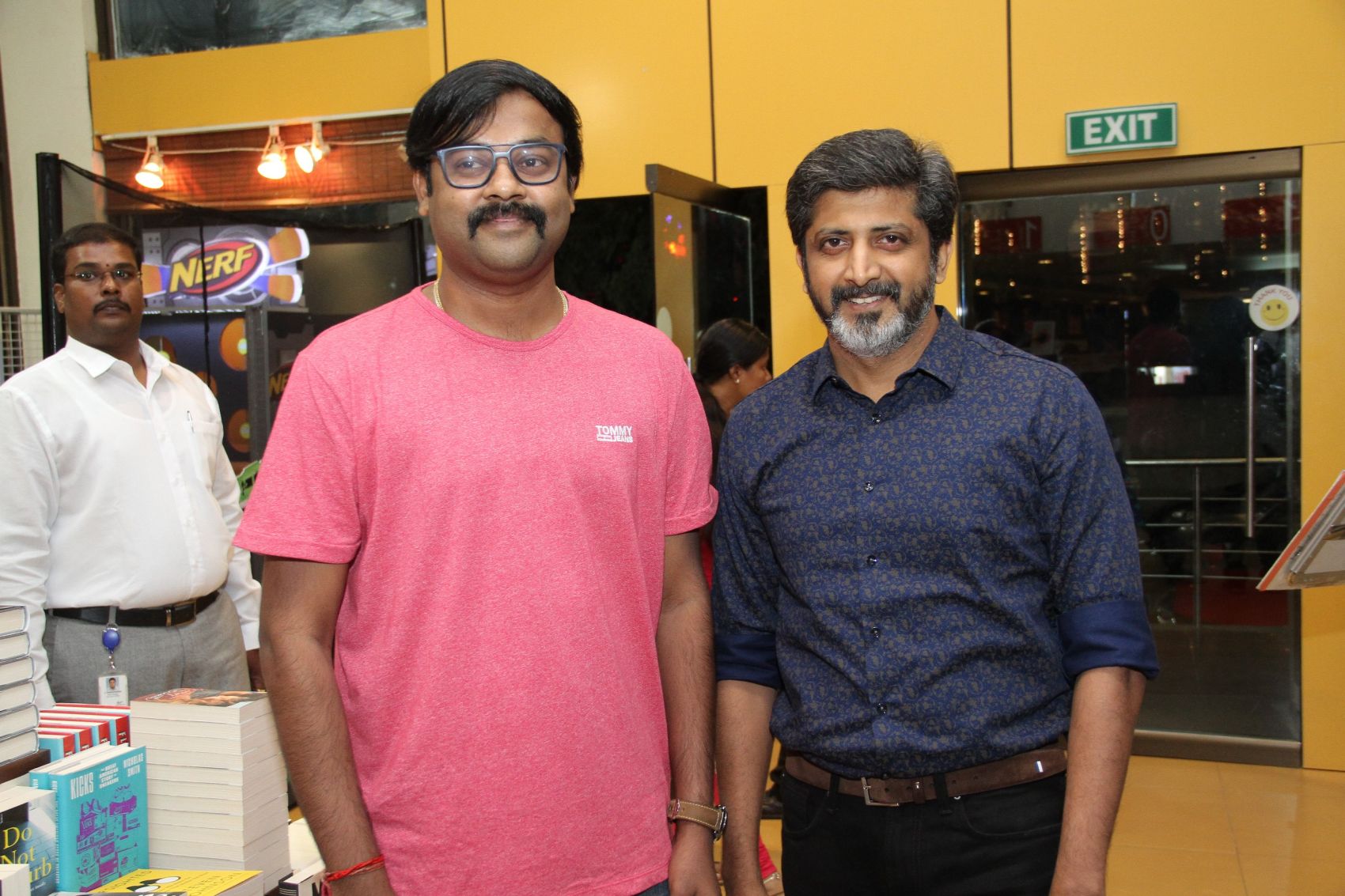 Dr. K. Vijay Karthikeyan IAS, Commissioner, Coimbatore Muncipal Corportation launched his first book “Once upon an IAS Exam” on Sunday at Odyssey bookstore, Adayar. The book was unveiled in the presence of popular Director Jeyam Raja & Editor Mohan Raja and many of Chennai’s favourite celebrities.

“Once upon an IAS Exam is a story about aspirations, peer pressure, love and disappointments involved in the life of protagonist Vishy who prepares for the Civil Service exams. The story shares the trials and tribulations involved in the process of clearing the UPSC’s Civil Services exam. The tender romance portrayed in the book adds to its charm. The protagonist’s focus and determination to achieve success in love and career despite rejection, failure and self-doubt makes this an emotional and inspiring read.

Vishy’s worst nightmare—failing the UPSC’s Civil Services exam—has come true. He is plagued by insecurity, fear and doubts. The mother of all competitive examinations has rejected him and he needs a reason to live. So, what does he do? He tells his best friend Rithika, ‘I love you… Will you marry me?’
In Once Upon an IAS Exam, twenty-five-year-old Vishy tries to overcome the uncertainty and confusion about his future and figure out ways of convincing Rithika to marry him. Things turn even more interesting, funny and emotional as Vishy reattempts to conquer ‘Mount IAS’. As he tries to take his academic and love life towards safety, he seeks refuge in the world of IAS coaching centres.

Set in the bustling Civil Services exam coaching hub of Anna Nagar in Chennai, this book is a hilarious account of the actuality, stress and struggle faced by millions of candidates who prepare year after year for one of India’s toughest exams. Join Vishy as he sets out to prove his mettle to the world—and himself. Will Rithika accept the love of her best friend? Will Vishy overcome his sense of failure? Will there be a happily ever after?

Dr K. Vijayakarthikeyan is a medico turned bureaucrat currently working as commissioner, Coimbatore Municipal Corporation, and is the youngest ever officer to have held this charge. He is well known for his hugely popular initiatives as an IAS officer and has won several awards and accolades for his pioneering work in land, solid waste and urban management. He has authored three Tamil bestsellers, Ethum Doorathil IAS, Adhuvum Idhuvum and Orey Kallil 13 Maangai. On sunny weekends, he can be found wreaking havoc on the cricket ground with his explosive batting and deceptive spin.