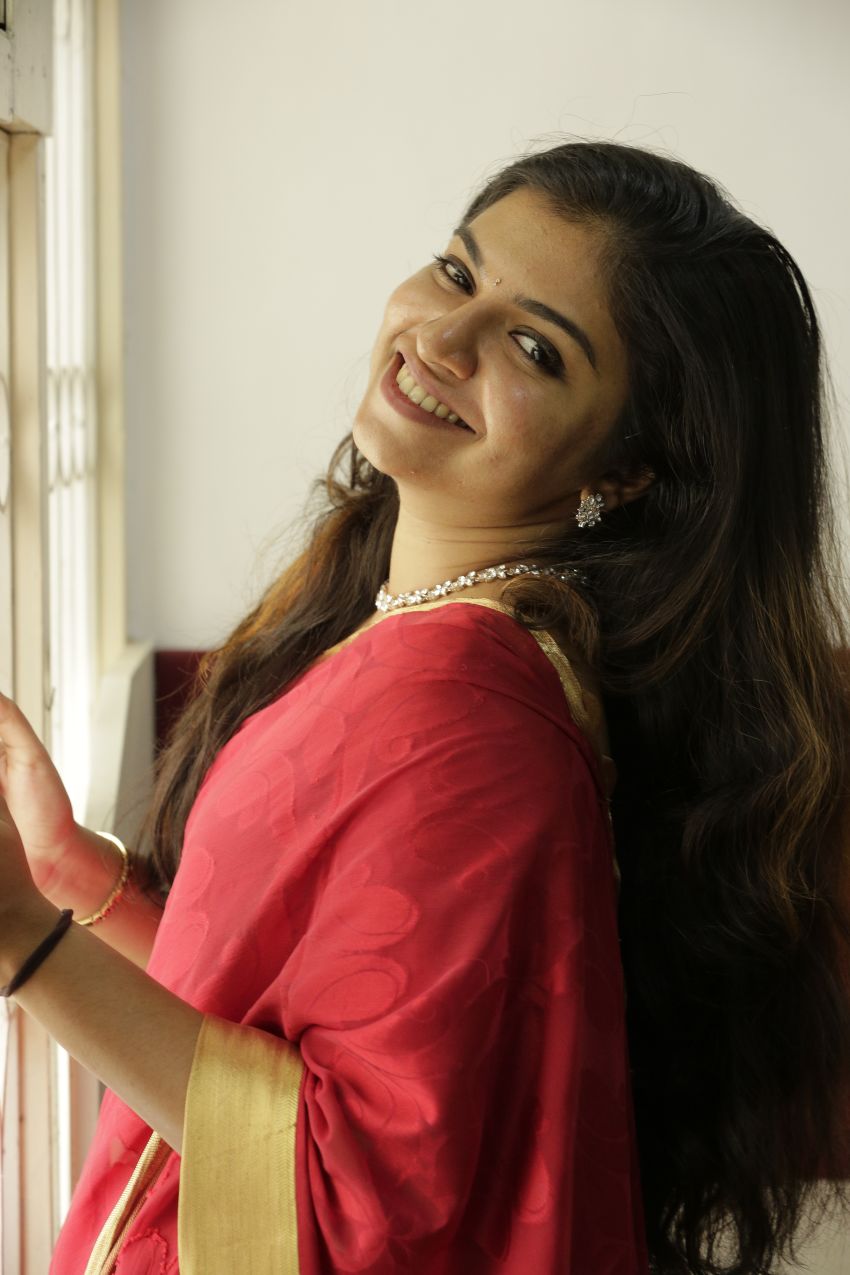 A beautiful voice always becomes an intriguing element of an actress on the big screens. Absolutely, to hear a resplendent voice for many leading heroines indeed turned the spotlights upon Raveena Ravi, who just claimed her success for her uniqueness in rendering lines. It isn’t just about the lovely elegance of the voice, but a kind of engineering that’s involved, which Raveena has mastered. She says, “There are certain challenges involved over dubbing for films. We need to understand nature of female characters so that we can dub according with more stress in bass or otherwise in a casual manner. In other context, dubbing for Amy Jackson in 2.0 was indeed a huge challenge. While I dubbed for the film, it was just at the Pre-Computer Generated work stage in Green Mat, where I had to imagine about the ambience to give the exact feel to voice.”

Having spoken about so many challenges, Raveena has struck up with a challenging role in Kavalthurai Ungal Nanban. “In contrast to my debut film ‘Oru Kidaiyin Karunai Manu’, this one was completely different. I play the role of protagonist’s wife, a working woman, who comes across a shocking incident that changes her course of life. Since I hadn’t face such situations in real life, I had to prepare myself through acting workshops,” says Raveena, who adds up that there is a beautiful romantic song in this film, which the entire team is highly raving for an exquisite chemistry she shared with Suresh Ravi in a song.

Throwing up an in-depth delineation about the film, Raveena says, “Kavalthurai Ungal Nanban focuses on problems women face in contemporary world. Although, the film’s premise is set against the bonding between a common man and a cop, this particular element will be the substantial aspect…”