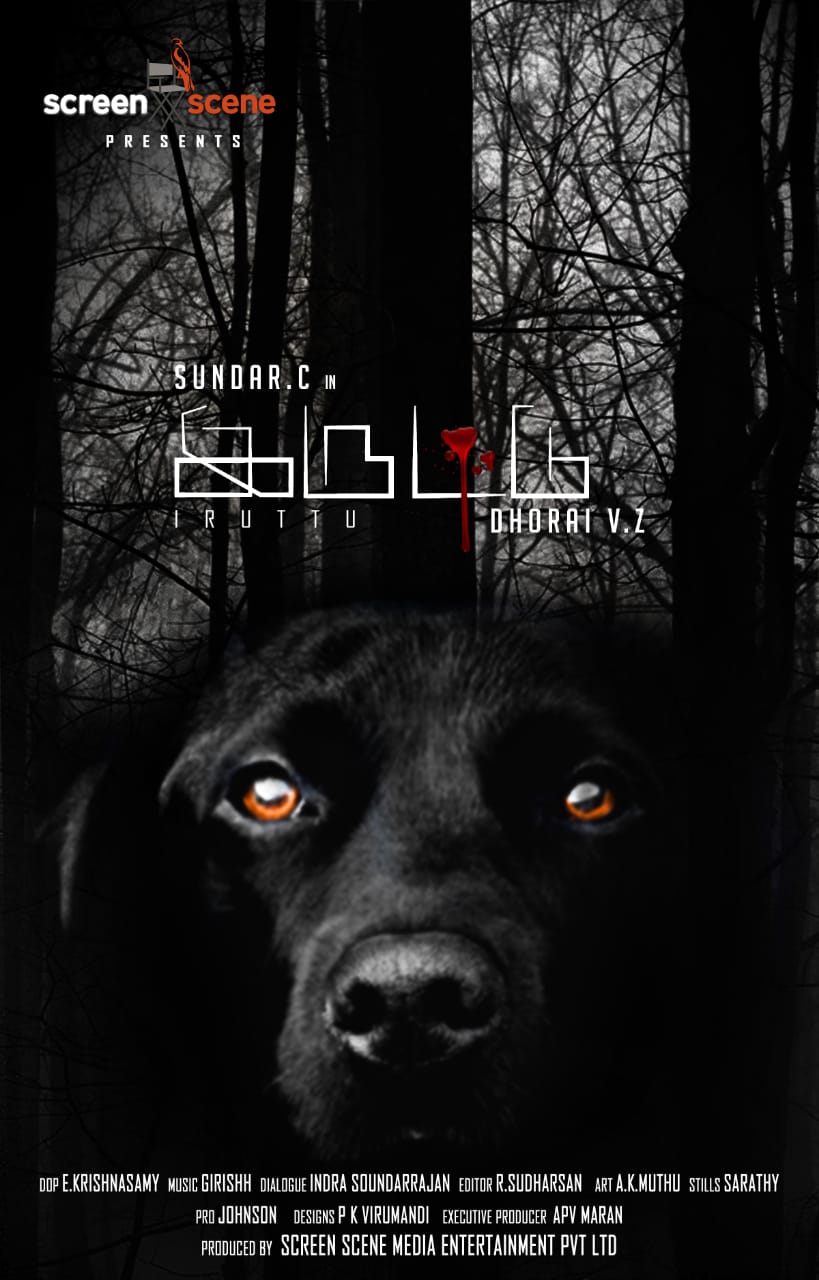 The man who has presented us best of its kind horror-comedies will be now seen wearing greasepaint in a first of its kind intense horror film without a Devil. Yes, Sundar C will be seen playing the lead role in the film titled ‘IRUTTU’, directed by Dhorai V.Z, who has carved a niche for himself through maverick filmmaking. This will have no such humorous tracks and will be a complete horror tale, which will keep audiences frozen with twists and turns.

Shedding lights on the film, director Dhorai V.Z says, “Yes, this will be something different from routine horror films. Of course, a horror film without a Devil is what I wanted to give a try and the film is now shaping up well as we are nearing completion.”

85% of the shooting is already completed with a single stretch shoot of 40 days in Ooty. Only few more portions are pending to be filmed in Hyderabad and Surat.

Girishh is composing music for this film with E. Krishnasamy handling cinematography and R Sudharsan on editing. AK Muthu is working on art department with Sarathy (Stills), PK Virumandi (Designs) and APV Maran (Executive Producer) are the others in the technical team.

Dhorai V.Z has penned the script and wielded megaphone for this movie, which is bankrolled by Screen Scene Media Entertainment Pvt Ltd