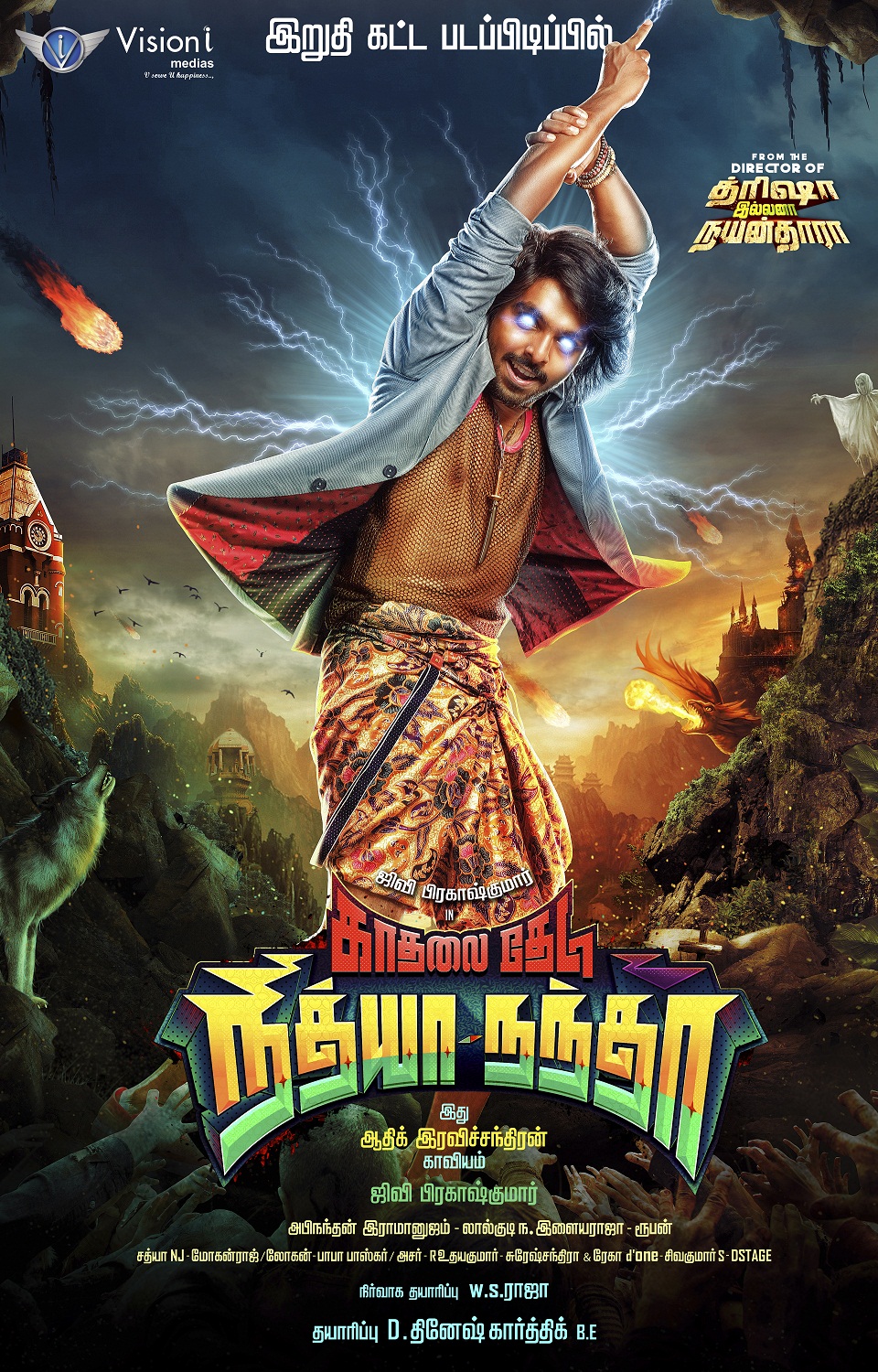 If Naughtiness is a subject Actor G V Prakash and Director Adhik Ravichandran will be the scholars in it. The combo which has earlier delivered “Trisha Ilana Nayanthara” are back into the business with their next film produced by D Dinesh Karthik of Vision I medias .

This film is titled “Kaadhalai thedi Nithya Nandha” a title which will create a huge buzz not only in the Industry but also among the general public.

“The lead pairs of this film are named Nithya and Nandha. Their search for the elusive love is depicted in this movie. G V Prakash who strongly believes in breaking the routine in his choice of films plays a role that he hasn’t played until now. We are into the final stages of shooting and all i can assure the fans is “They are bound to experience a film that will give their money’s Worth”. Abhinandan Ramanujam is the Director of Photography, Ruben is the editor, Lalgudi Ilayaraja is tha art director, while G V Prakash attains the role of dual responsibility of being a music director and Hero too.