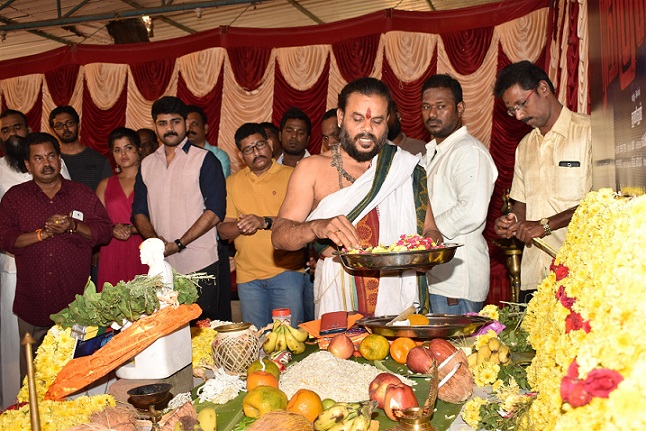 Director Dharanidharan of ‘Burma’ and ‘Jackson Durai’ fame has teamed up with ‘Metro’ fame Shirish for an upcoming Murder-Mystery project ‘Raja Ranguski’. It was reported earlier that Pooja Devariya if ‘Iraivi’ fame will play the female lead – Ranguski in the film, but now the team has roped in Chandini Tamilarasan of ‘Vil Ambu’ fame to play the female lead.

“Pooja Devariya is one of the finest theatre artists I have ever seen and she fitted into the role perfectly. Unfortunately she is down with fever and had been adviced to be in complete rest for few days. Our commitment to our investors is to compete the film by two months; hence we have replaced Pooja with Chandini Tamilarasan to play the Ranguski role. Her professionalism is much appreciated as she walked into the project in the 12th hour and took us by surprise with her performance. By all probabilities we will be completing our shoot in two months” reveals Dharanidharan, the Director of ‘Raja Ranguski’.