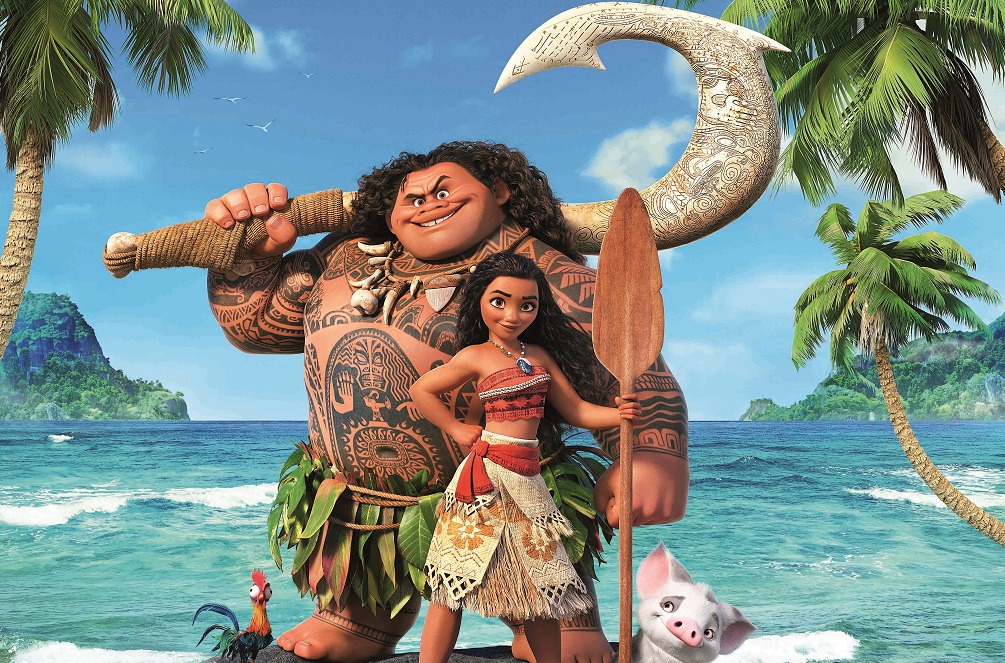 Walt Disney Animation Studios’ new feature film “Moana” is about an adventurous teenager who, with help from demigod Maui, sails out on a daring mission to prove herself a master wayfinder and save her people.

Hollywoods highest paid Dwayne “The Rock” Johnson is back, and this time in a never before seen avatar as the uproarious tattooed demi-God Maui in Disney’s Moana. The actor returns in a voice-role alongside newcomer Auli’i Cravalho in Disney’s next adventure –Moana. The film is all set to sail into Indian theatres on the 2nd of December, 2016.

Three thousand years ago, the greatest sailors in the world voyaged across the vast Pacific, discovering the many islands of Oceania. But then, for a millennium, their voyages stopped – and no one knows why. From Walt Disney Animation Studios comes “Moana,” a sweeping, CG-animated feature film about an adventurous teenager who sails out on a daring mission to save her people. During her journey, Moana (voice of Auli‘i Cravalho) meets the once-mighty demigod Maui (voice of Dwayne Johnson), who guides her in her quest to become a master wayfinder. Together, they sail across the open ocean on an action-packed voyage, encountering enormous monsters and impossible odds, and along the way, Moana fulfills the ancient quest of her ancestors and discovers the one thing she’s always sought: her own identity.

When we reached out to Disney India to confirm the release date,  they said, “We are extremely excited about the release of Disney’s Moana in India. The film is a fun-filled adventurous journey of two amazing characters – Moana and Maui – which will appeal to youngsters and families along with kids. Dwayne Johnson, plays the vibrant Maui and audiences will love his humorous avatar. Disney’s Moana truly celebrates the coming together of fantastic story, brilliant creative vision, great talent, humour, music and adventure,” says Amrita Pandey, Vice President, Studios, Disney India.

Directed by the renowned filmmaking team of Ron Clements and John Musker (“The Little Mermaid,” “Aladdin,” “The Princess & the Frog”) and produced by Osnat Shurer (“Lifted,” “One Man Band”) and “Moana” sails into Indian theatres on Dec. 2, 2016 in 2D, 3D and IMAX formats.