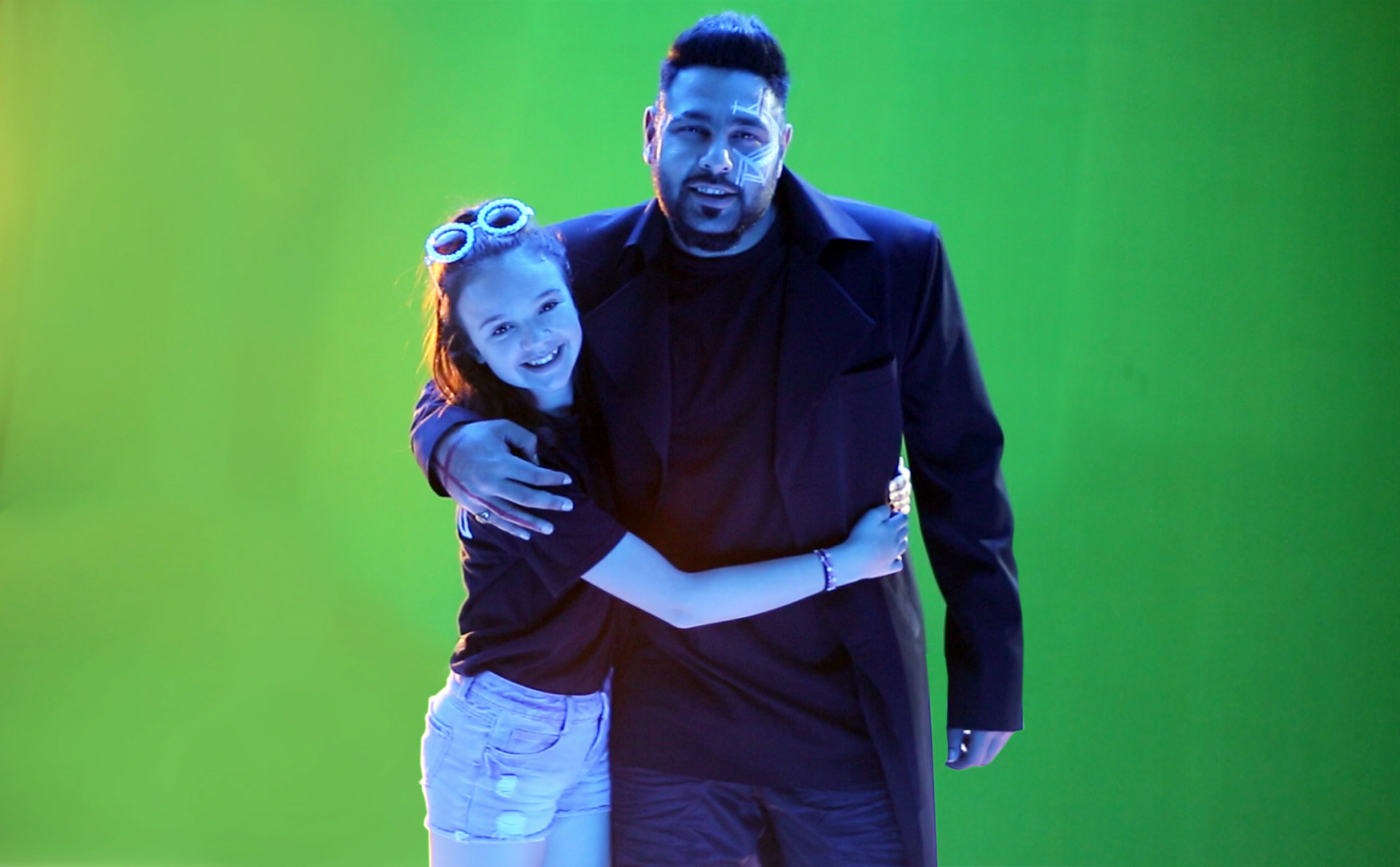 Abigail Eames, the British child artiste who makes her Indian debut in Shivaay had a fan moment during the music video shoot of the title track Bolo Har Har Har.
Abigail was in India for the dubbing of Shivaay recently and though she was not scheduled to go to the shoot, Abigail, landed up on the shoot as she wanted to meet Badshah. She has been introduced to the Indian music scene by the crew while shooting.
Abigail and Badshah shared some time talking about music while Badshah was doing his elaborate special tattoo for his look in the Bolo Har Har Har music video. The track has received rave reviews from the Music Pundits as well as the audience across the country and rest of the world. Badshah is very happy with the way the music video and the track have turned out and is being received by listeners.
Clearly from today’s generation, Abigail is absolutely thrilled that her film has such a powerful song. She has also asked for the English translation and made BOLO HAR HAR HAR a favourite on her playlist.