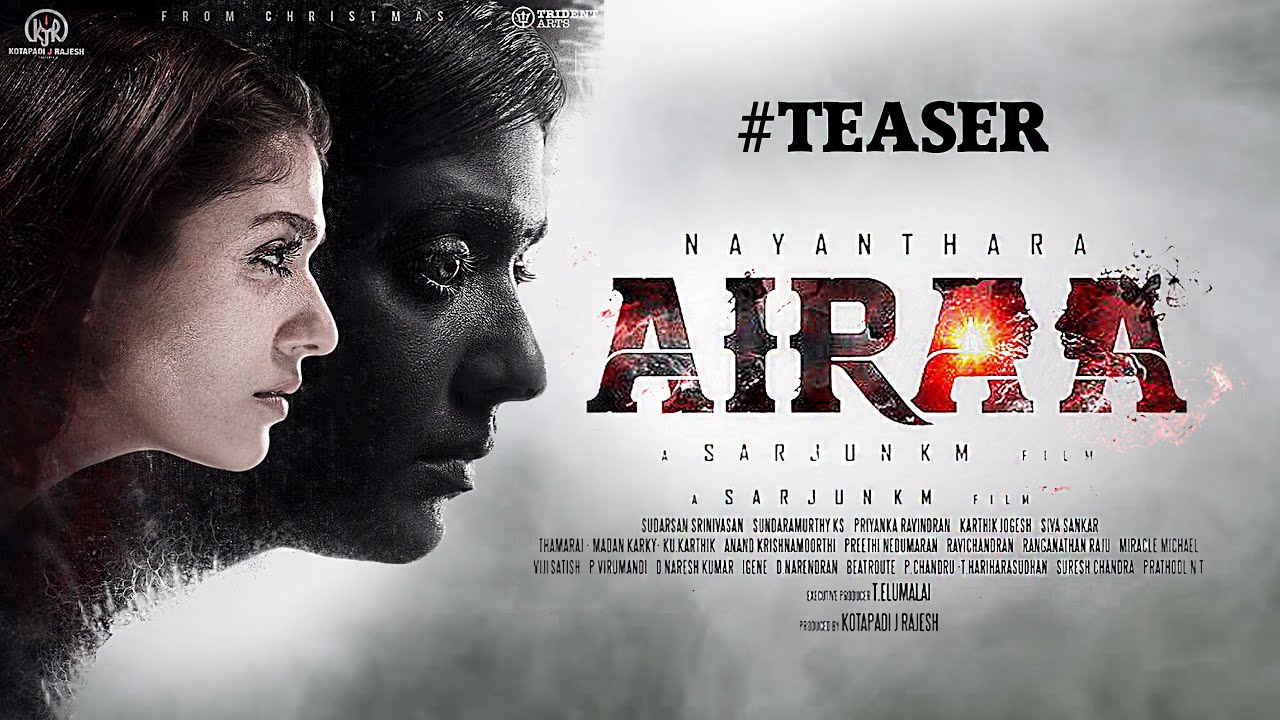 Nayanthara’s Airaa has kept everyone’s eyes without lidless ever since the makers offered the toast of surprise with first look posters. To see her in dual roles, especially in an avatar (Dark skinned girl) that none would have imagined. With so much curious investigations prevailing about what this film could be all about, the team astonishes reaching the destination of ‘Wrap Up’.

“Working with Nayanthara madam has always been a smoother experience for any producer, especially to me. Moreover, it’s so much enthralling to see that her potentials over experimenting with different roles are expanding enormously in each film. Personally, I feel that her desire to nurture every bit of performance has increased from our previous collaboration in Aramm to Airaa now. Despites her busy schedules and playing diversified roles, her focus towards Airaa has been so much special. In fact, one among her dual roles demanded for so many efforts, which she pulled off excellent. More than anything, being a star and deciding to take up a different role just banking on its substantiality and not looks is what makes her a celebrated queen in South industry, ” says producer Kotapadi J Rajesh of KJR Studios.

Shedding lights upon filmmaker Sarjun K.M, he says, “Being Captain of the ship, he has thoroughly been a producer’s director from beginning till end. He didn’t treat this as a film to prove his talent, but sincerely took it as a special movie for Nayanthara madam as it marks her first ever movie in dual roles. His team of technicians has worked accordingly in letting nothing go different from what they discussed on technical script.”

Airaa (Elephant) is a supernatural thriller featuring Kalaiarasan, Yogi Babu, JP and few others in important roles. KS Sundaramurthy is composing music and Sudarsan Srinivasan is handling Cinematography with Karthik Jogesh as the Editor.

Siva Sankar of Aval fame (Art), Priyanka Ravindran (Story & Screenplay) and T Elumalai (Executive Producer) are the others in the technical crew with Sarjun KM dialogue and directing the film.