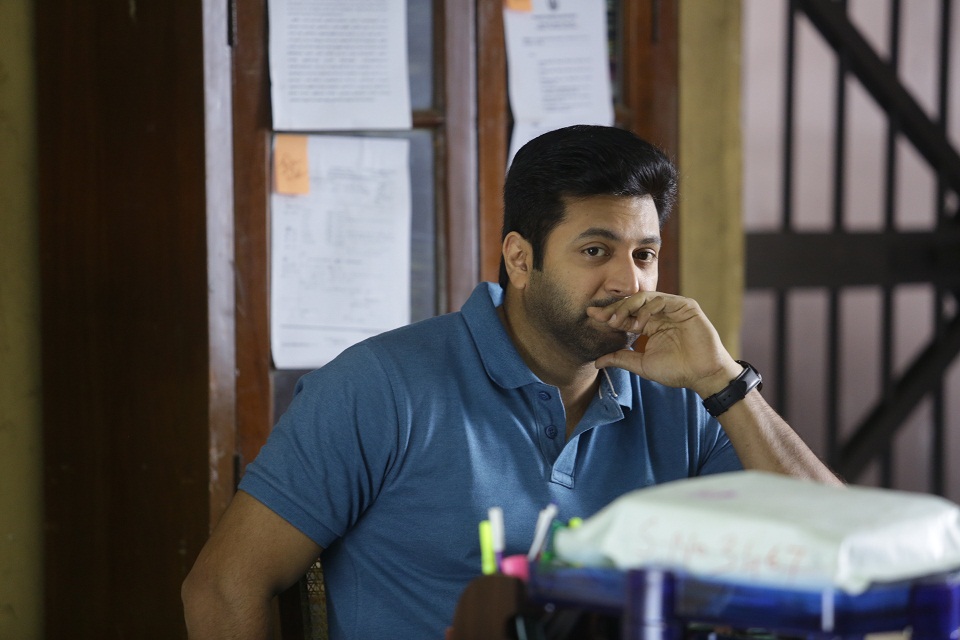 There’s a saying ‘How you see yourself and how the world sees you’. When an individual is enlightened with the latter part, it not alone transcends them, but gives an immense privilege of self-discovering their hidden potentials. Undoubtedly, Jayam Ravi feels much elated to have gone through this phase in 2018 for having been gifted with couple of blockbuster hits based on different experiments and themes. His recent hit “Adanga maru” has been declared a mass hit and if the indication of the swelling screens has to be counted “Adanga maru” has emerged as a sure shot winner. The soft and handsome hero still remains grounded and had few words to share on his experience.

“Definitely, I feel very happy for being a part of these movies – Tik Tik Tik and Adanga Maru, which offered me new-dimensional premise to work in. First and foremost, I must thank filmmakers Shakthi Soundar Rajan (Tik Tik Tik) and Karthik Thangavel (Adanga Maru) for their earnest belief on me. These films had the scripts that any superstar across the country wouldn’t miss at any cost. But their first ever thought of imagining me as the protagonist in these movies makes me literally elated.

Of course, if not for the producers of Tik Tik Tik and my mother-in-law Sujataa Vijaykumar, these films would have not materialized like how it is now. More than feeling simply excited over the success, I feel the baggage of responsibility in carefully choosing my next movies. In addition, the technicians in both the film had their own challenges, which they took it by heart and soul to deliver the best outputs. My co-stars have been a real blessing for they came up with colossal performance urging me to push the bars indeed.

More than all, it’s Press, Media and fans who celebrated my movies, thereby encouraging me to proceed with different scripts and roles.”