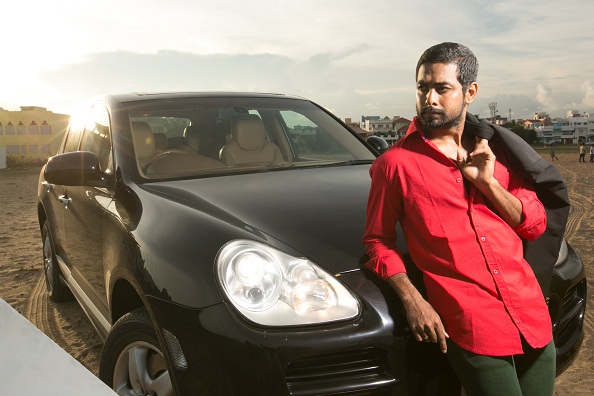 Transforming an Assistant Director to Director is the main goal of Actor Aari’s ‘AARIMUGAM’ Company.
‘AARIMUGAM’ – Karam Neeti, Karam Thooku!
No one can forget Actor Aari’s realistic performance in the sleeper hits ‘Maalai Pozhudhin Mayakathilaey’, ‘Nedunjaalai’ and ‘Maaya’ which has won huge appreciations from the Audience as well as from the Media critics. And now the actor has gone a step forward by starting his own company named ‘AARIMUGAM’ – A Grooming Workshop and the Gateway for all Assistant Directors.
It is to be noted that, most of the youngsters in Tamilnadu have a great passion and love towards films. “Sets of film loving youngsters are heading towards Chennai with a lot of dreams. But unfortunately, they are facing huge struggles to get an Assitant Director chance. Only after their long journey as AD, they get an opportunity to Direct a film, that too after years..” says Aari. “For those struggling youngsters, I have planned to give a chance for directing a film through my ‘AARIMUGAM’ Company. Introducing one hundred personalities, (especially the assistant directors of Tamilnadu Director’s Association) to Tamil Cinema is the major goal of my company ‘AARIMUGAM’  and also,  there are opportunities for other category  youngsters too..” says Aari confidently.
“A journey of thousand miles begins with a single step. Likewise, Short films are the major backbone for those young budding directors. That ten or thirty  minutes footage can change their life in overnight but due to some financial and technical factors, they are unable to complete their short films. For those young and talented buddies,  My company ‘AARIMUGA’ will provide its full support in both financial and technical means..” says Aari, the creative head of ‘AARIMUGAM’. It has to be said that this opportunity will be provided only for the 1700 members those who registered with the Assistant Directors Association.
“Out of  that 1700, the opportunity of directing a film will be given to one talented youngster based on certain evaluations. There will also be  a special workshops for all the Assistant Directors that will be organised by famous personalities. Thanks to Mohammad Ibrahim of WOW CELEBRATION and Shanavas of MASS MEDIA for collaborating with my ‘AARIMUGAM’ for this giant leap. The rest will be announced in the next press meet…” says and signs-off the young actor and the creative head of ‘AARIMUGAM’ Aari