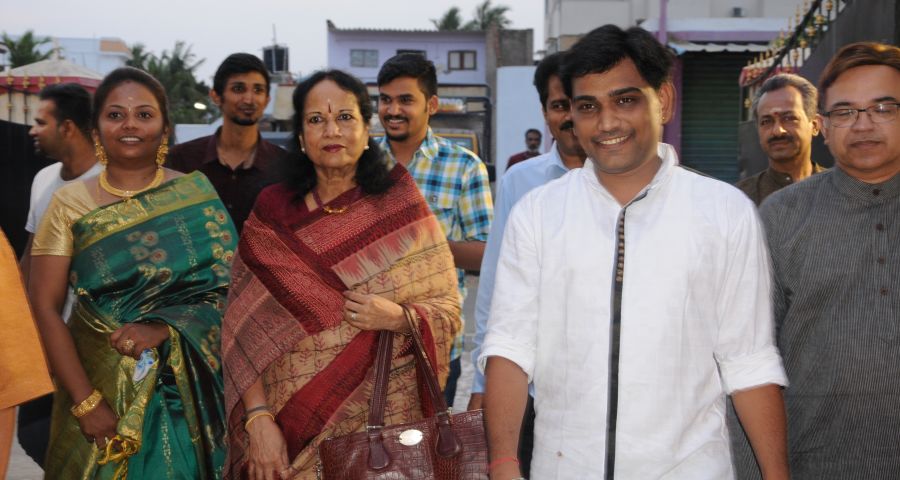 Three-time national awardwinning singer Vani Jairam was felicitated for her contribution to Indian music by Raindropss in its fourth edition of Mother’s Day celebrations. In a career spanning over four decades, Vani has sung more than 10,000 songs for over 650 films across all major languages in the country. Music director AR Reihanah (Oscar winning music composer ARRahman’s sister) presided over the grand celebrations.

This grand celebration was held at Anandham Illam, a free home for senior citizens in Ambattur. Raindropss celebrates Mother’s day in Anandham Illam every year and this year was more special for the inmates as the senior citizens in the home got an opportunity to meet and greet their evergreen playback singer Vani Jairam. Hits of Vani Jairam and the Mother’s day special songs were performed by leading playback singers supported by the Gentlemen Orchestra headed by Shamsudeen. Vani Jairam performed her super hit numbers and the inmates of Anandam enjoyed and recollected their early days memories, inmates also conveyed It was a memorable mothers day for them along with their everygreen playback signer. Besides listening to renditions of her evergreen hits, inmates walso got an opportunity to interact with the veteran singer. According to Aravind Jayabal, Founder & Creative Head of Raindropss.