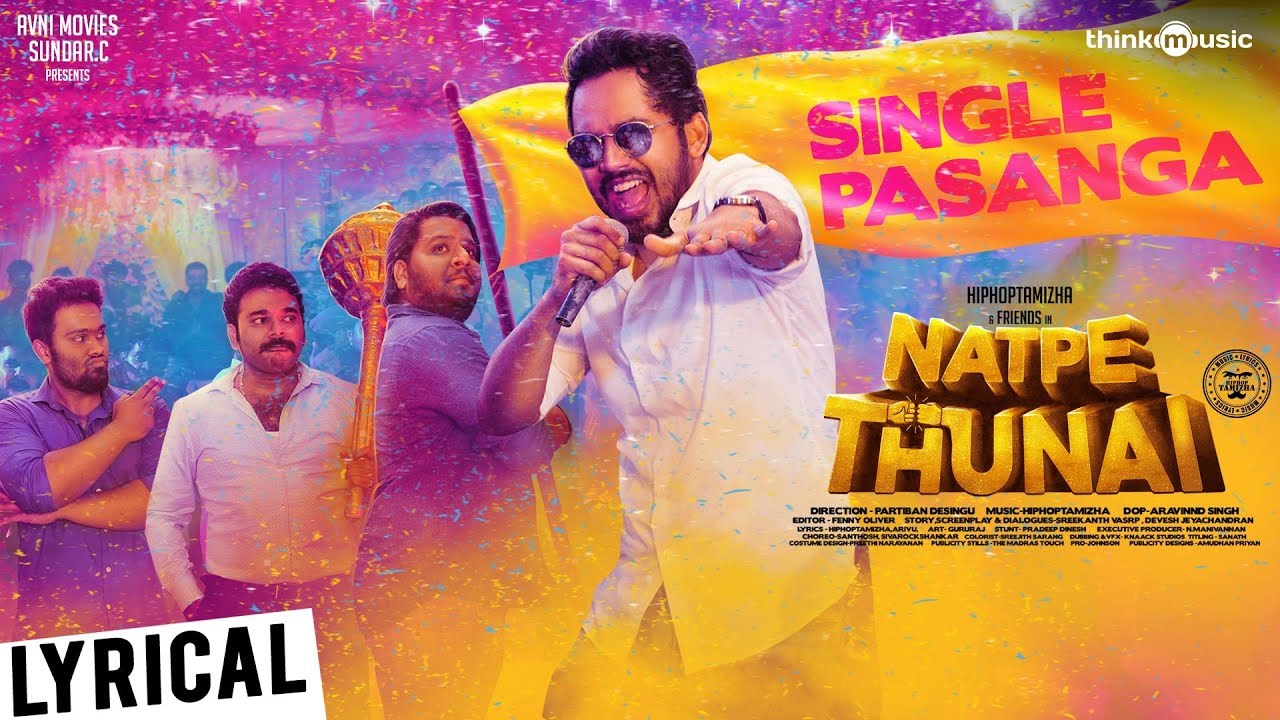 Hiphop Aadhi has evidently become the icon of youth for his streaking success of albums. With a long queue of such numbers in the list, his recent one from ‘Natpe Thunai’ titled ‘Kerala Song’ became a massive hit. Now the musical icon is back with the second single track ‘Single Pasanga’, which has turned to be an instant sensation on YouTube, social media and all music platforms. The song has simplistic lyrics that has become easily grasped and of course, the music in trademark style of Hiphop Aadhi has nurtured the excitements exceedingly.

Natpe Thunai is directed by D. Parthiban Desingu and is produced by Sundar C for AVNI Movies. Aadhi and Anagha will be playing the lead roles