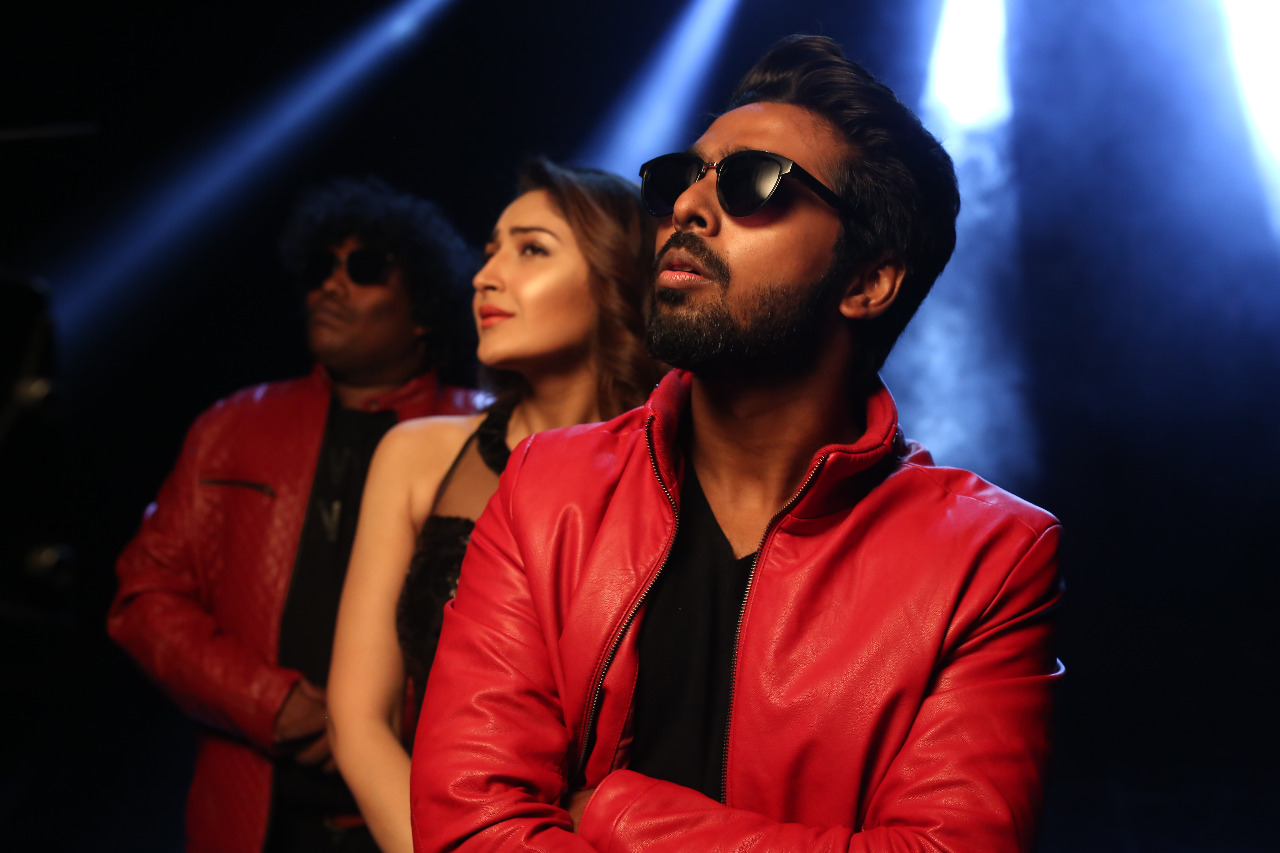 GV Prakash has always been a pioneer owning unique formulas to churn out Chartbusters. Significantly, the most highlighting fact is that he’s always been a top scorer with such hit numbers based on any musical genres. Naturally, his dual avatars as reigning music director and actor of ‘Contents’ have been showering non-stop praises on him…

The latest one to add up to this league is his ‘TOTO’ song from Watchman that has scaled more than 1 Million views within a short span of time. Right from the early seconds of the song that involves humour followed by the sizzling dance of GV Prakash, Sayyeshaa with the Golden Retriever’s wowing presence. In addition, Yogi Babu’s appealing presence has packaged the number with hit elements. Not often do all songs capture the universal interests, but this one possessing all such traits hasn’t just unconditionally garnered huge views, but has increased the expectations over release.
“This success is far beyond our predictions,” says GV Prakash, who continues to add, “I personally feel the creative essence of director Vijay in filming the promotional video along with some Interesting cuts from the feature film. I feel this isn’t just the success of a particular song, but this trend being accepted and welcomed by viewers make us elated.”

Furthermore, he adds, “I would say Arunraja Kamaraj‘s lyrical lines and power-packed rendition along with Sanjana Kalmanje had furthermore nurtured the song. His voice has already become a brand, which I believe had added up a huge mileage to the song. More than all, it’s the fabulous choreography by Ruel Dausan Varindani is the ultimate Golden-touch. In fact, it had been a huge challenging moment for to shake legs with one of the country’s most talented dancers like Sayyeshaa Saigal.”

Produceer Arun Mozhi Manickam is producing this film for Double Meaning Productions. While his lineup of films has generously created groovy expectations, ‘Watchman’ has already become one among Watch List of film buffs now.