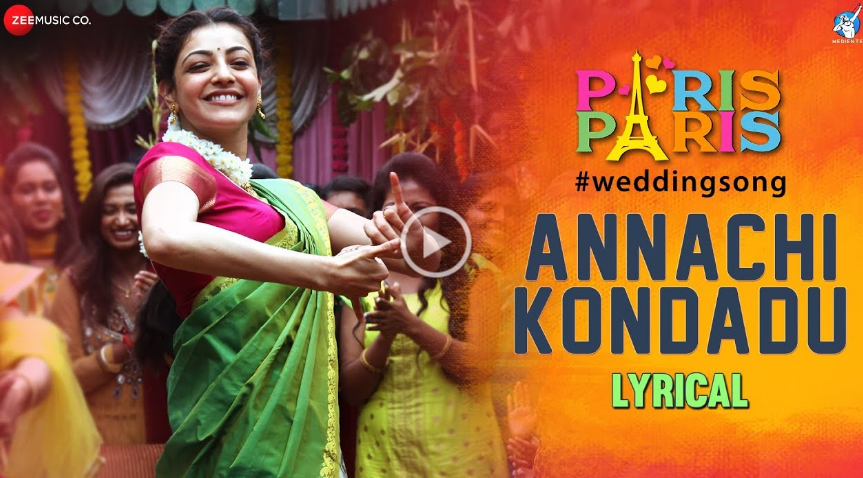 Its taken a while but there is finally a wedding anthem for all the Tamil Makkal!! ‘Annachi Kondadu’ from the movie ‘Paris Paris’ was released today. The song features a glowing Kajal Aggarwal who plays an innocent and excited Virudhunagar bride.

Amit Trivedi finds familiar ground with his peppy composition for the first song of the film. He has incorporated a native flavour to the beats and is hopeful that everyone will love the track.