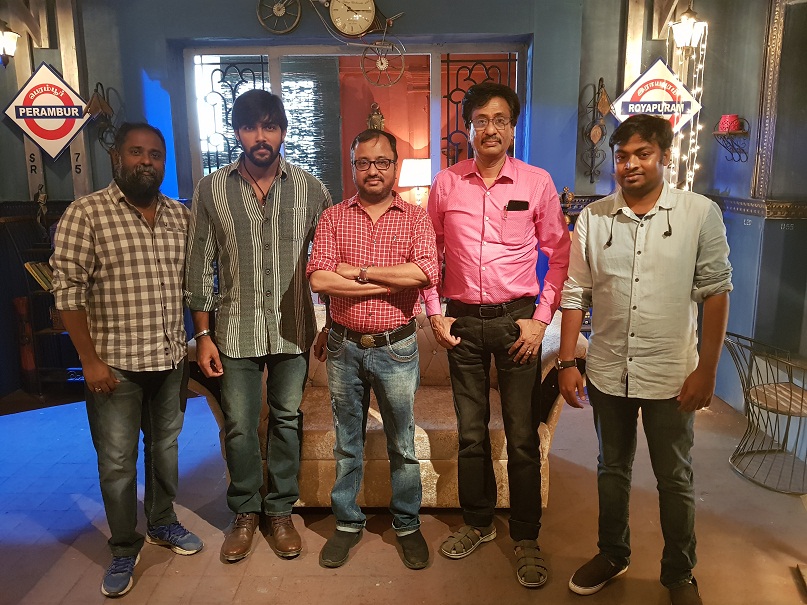 If commercial entertainers are acclaimed as one of the most favourite cherry-picks of Tamil cinema, filmmaker Saran has proved to be an undisputed chef. Working with the big names of industry, his movies have always been a source of guaranteed entertainment of all seasons. Director Saran has now kick-started the shooting of his new film ‘Market Raja MBBS’, which features Bigg Boss fame Arav and Telugu actress Kavya Thapar in lead roles. Well, we are aware about Saran’s package of entertainment, but this time he arrives with something that he hadn’t attempted before.

“Fantasy is something that I hadn’t tried before in my erstwhile movies and I have tried implementing it with Market Raja MBBS, which will have action and comedy as well,” says director Saran, who has an interesting information to share about the film’s title for it has some resemblances with his yesteryear blockbuster movie with Kamal Haasan titled ‘Vasool Raja MBBS’. “The actual fact is that Kamal sir’s movie was initially titled as Market Raja MBBS, but we later switched over to Vasool Raja MBBS.”

Speaking about the choice of actors, Saran adds, “The story is set against the backdrops of Perambur, where the protagonist is a railway contractor and a local don. Henceforth, I wanted someone who has got that macho look and apparently, Arav was the first one to strike my mind. Kavya Thapar hails from Telugu industry. I am happy that she is the 18th heroine I am introducing in Tamil cinema. Nasser, Radhika Sarathkumar, Chawms, Aditya, Yogi Babu, Baahubali fame Prabhakar and few more famous actors are a part of this star-cast.”

Having spoken about almost every about the film, ask him about the film’s gist and he smiles, “Revealing anything more than what I have mentioned here will be a spoiler. All that I can say for now is that it will be a mix of comedy, action and fantasy.”

While Simon K King is composing music for this film, Saran is collaborating with his younger brother KV Guhan for the first time as he handles cinematography.