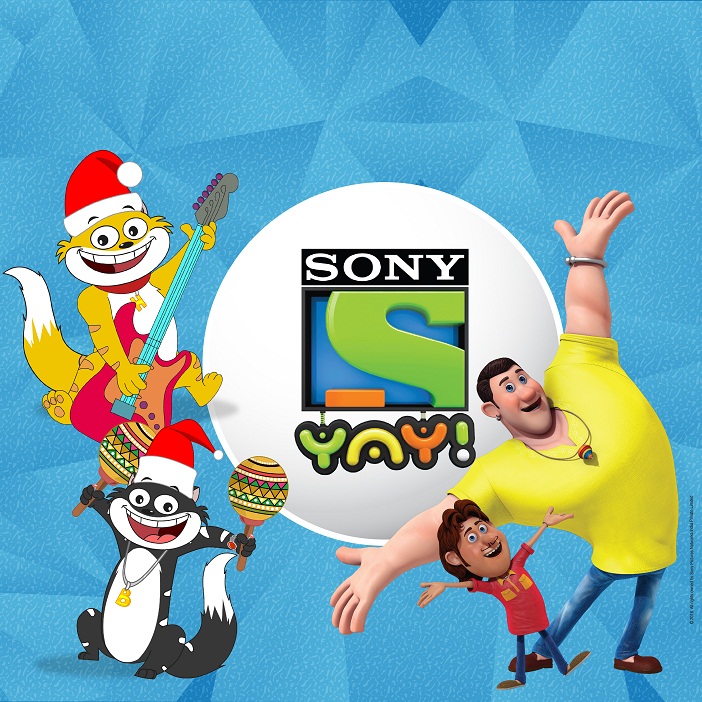 Shantilal is missing! A cute dog, lost in the city without a family, dodging evil kidnappers. And while Honey Bunny and the Jholmaal gang are already on a mission to find Shantilal, Sony YAY! calls all their young fans from across the country to join the fun adventure with their favourite toons between 22nd to 25th of December. A marathon of all things fun, this Christmas, Honey, Bunny and Guru, Bhole are all set to take their little fans on thrilling escapades with not one but four new movies! Making Christmas even more fun, Honey Bunny and Secret Formula, Honey Bunny and Crazy Crazy Chase and Honey Bunny and Doggy’s Day Out will air from 22nd to 24th December respectively at 10:00 AM and Guru Aur Bhole & Hawa Hawai will air on 25th December at 7:30 PM.

Kids love a good blend of comedy & adventure – be it cheering their favourite toons during challenging situations or rooting for them with all their support. And Sony YAY! is giving them every chance to – making the holidays even brighter.

A celebratory conclusion of their festive campaign ‘Party 75’, the first film, titled Honey Bunny and Crazy Crazy Chase shows Honey and Bunny going on a vacation with Ms. Katkar, only to end up in different destinations, resulting in a fun chase where they capture and unleash a robbery on their selfie camera. The excitement only grows in the second film Honey Bunny and Doggy’s Day Out where the twosome decides to take a lovely and elite pug called Shantilal, home and end up valiantly saving him from evil kidnappers. Another exciting chronicle unfolds in Honey Bunny and Secret Formula as the Jholmaal toons set out on an amusing journey to find Mr. Khanna’s uncle after he is kidnapped by a gang of goons for his secret formula. And last but not the least, the fourth film set to premiere is titled Guru Aur Bhole & Hawa Hawai where Guru and Bhole try to rescue a kidnapped secretary, Hawa Hawai, from the clutches of villains led by Django who want to access a ‘climate control machine’ invented by Guru’s uncle 10G. All four bring mad, fun entertainment, just the way kids like it.

So this year, Sony YAY! is all set to don the Santa hat to celebrate a very special Christmas, bringing their young fans unlimited gifts of laughter, thrill, and adventure.

Comments: Leena Lele Dutta, Business Head, Sony Pictures Networks India, Kids Genre “Christmas is a very special time for kids and it has been our constant endeavour to bring fun and enjoyable content to them with their favourite YAY! toons. Kids have showered immense love towards Honey Bunny and Guru Bhole and it is our turn to reciprocate the love with 4 movies premiering this Christmas, which we are sure will leave our young fans in splits”