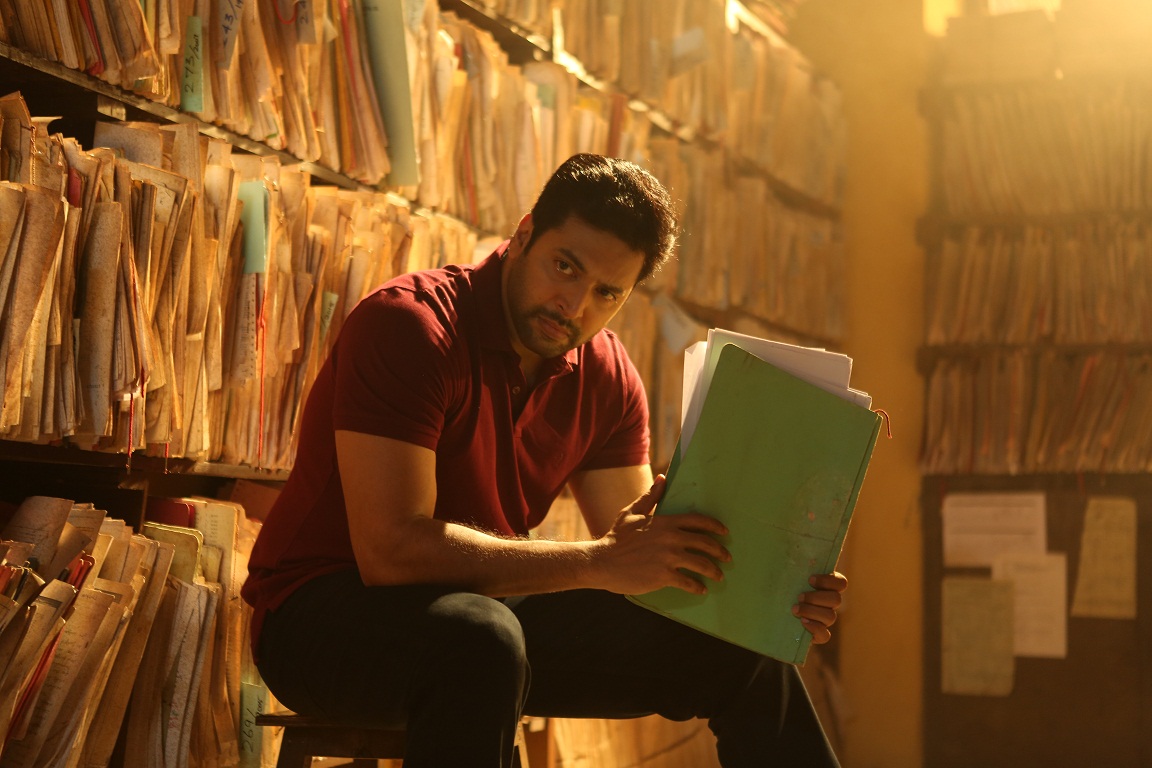 Stunt choreographer Stun Siva seems to be so much excited as he instantly opens upon Jayam Ravi even before we could put forward the question about his experience in Adanga Maru. He says, “Jayam Ravi’s physique and tailor-made Young Angry Man look is a boon to stunt choreographers. The reason why I say this is that it wasn’t a comfortable means for me alone, but for every stuntman who has worked with him in his erstwhile movies. “Action Genre” has been an integral part of Jayam Ravi movies, which we can easily count from his initial stage of filmdom itself. More precisely, the lineup of movies over the past couple of years has been much more appropriate for mind-blowing action blocks. This added up a kind of challenge to deliver something different and unique in Adanga Maru. But Karthik Thangavel’s concept created space to experiment something differently. The entire premise of the film itself is based on protagonist’s brainy and brawny acts. So we had accordingly planned and executed them.”

A noteworthy fact is that both the sons of Stun Siva – Kevin Kumar and youngest one, Steven Kumar are Karate champions and have even got qualified for Olympics. Since the film’s climax action sequence demanded for martial arts, he had the idea of bringing Kevin to co-choreograph it.

Stun Siva feels Adanga Maru to be a special film as it marks the debut of his eldest son Kevin as stunt choreographer. “Yes, this is a project that will remain so special and close to my heart for years to come. My eldest son Kevin and I got the opportunity to choreograph the climax action sequence in the film.”

Adanga Maru is produced by Sujataa Vijayakumar of Home Movie Makers, which will have its worldwide theatrical exhibition from December 21.