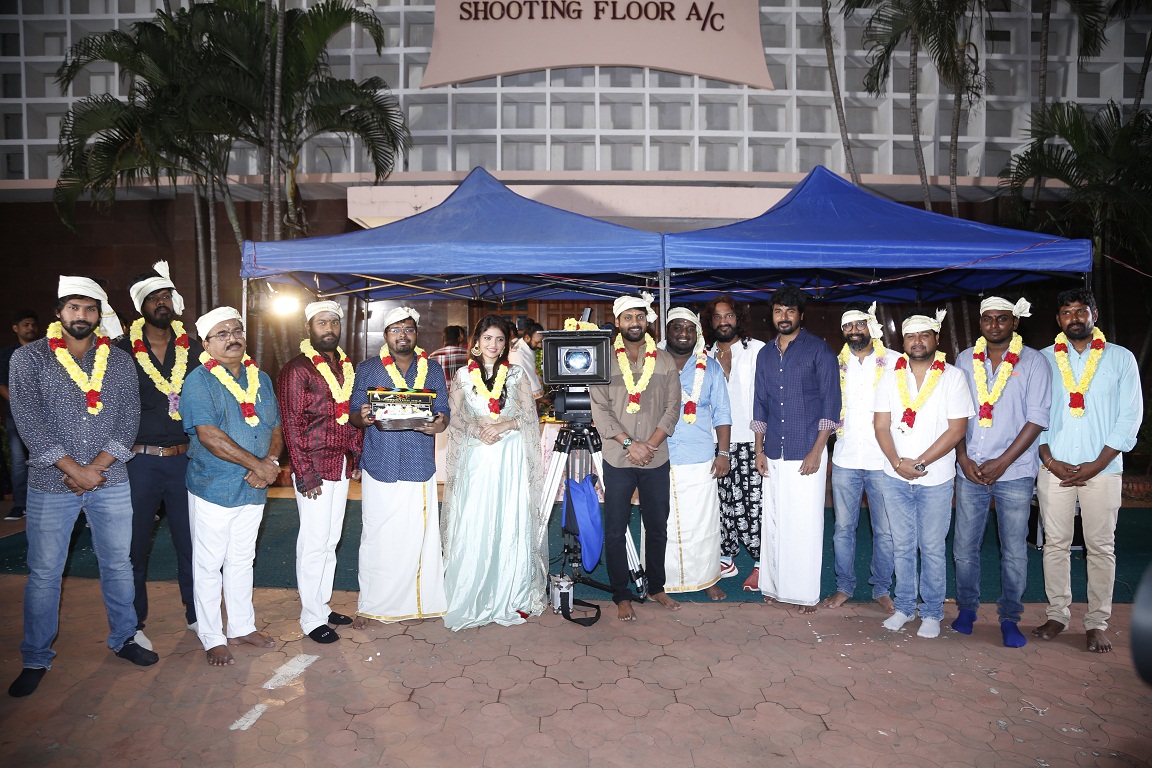 Sivakarthikeyan’s avatar as producer through his maiden film “Kanaa” has engraved groovy expectations among audiences. With the film scheduled for release in December, the shooting of his second outing tentatively titled ‘Production No.2’ has started rolling with a ritual pooja in Film City, Chennai. The film is bankrolled by Sivakarthikeyan Productions that features Vijay TV fame Rio and newcomer Shirin in lead roles. Furthermore, the film comprises of a surprising star-cast that includes well noted politician Nanjil Sampath. Significantly, he will be seen playing an important character alongside Radharavi, RJ Vigneshkanth and few more actors. While Karthik Venugopalan is wielding megaphone for this film, others in the technical team includes UK Senthil Kumar (DOP), Fenny Oliver (Editor) and Kamalnathan (Art). Talks are going on with few more familiar actors and technicians for this film, which will have the official announcements made after finalizing. It is worth mentioning that director Karthik Venugopalan has already gained public glare for his works on YouTube channel – BLACKSHEEP.