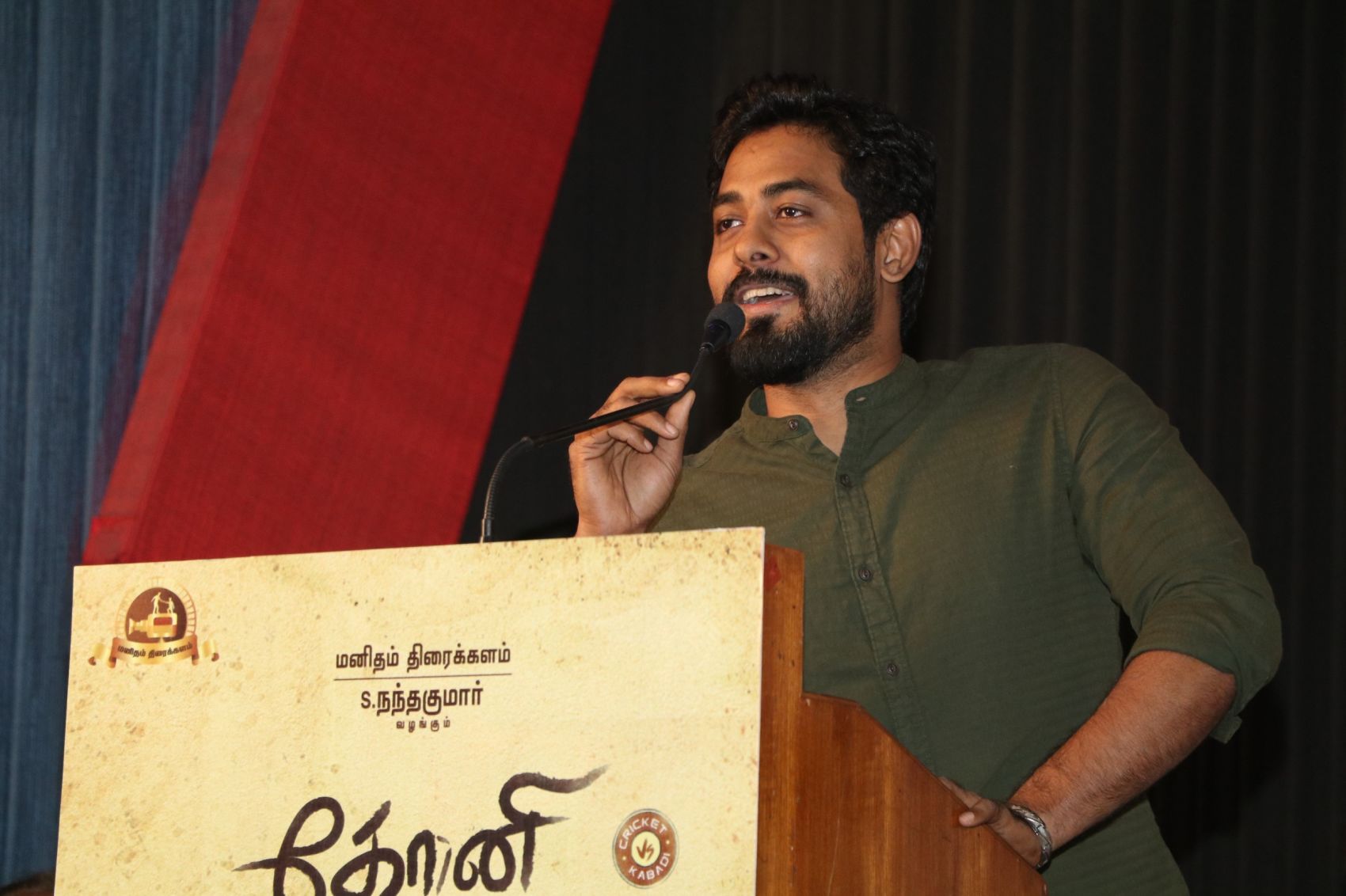 “I appreciate producer Nandhakumar for making a film based on a game that encompasses Tamil cultural and traditional values. I am so happy to see that the entire team effort in nurturing this film has made them stand here with joyfulness. Actor Appu Kutty mentioned that it’s nice to see the trailer of Dhoni Kabadi Kuzhu not having a single shot of ‘Alcohol’ and the makers of this film didn’t bank on it. But it’s more disappointing to see that Tamil Nadu Government is running TASMAC as it happens to be the source of its income.

Every filmmaker has to encounter various challenges till the release of their first film. But director Ayyappan looks like an exceptional one for he remains calm and composed. This was evident with his practical speech he delivered here. I am sure Abhilash will be a successful director than an actor for he knows nuance of each and every department. He has always been selfless and has been vigorously working and cinema will definitely offer him a good status. I have known Leema from the time of ‘Rettai Suzhi’, where she worked as child artiste and to see her growth as an actress gives me happiness. I request her to take up roles that will help her unleash her potentials. We were not happy about the situations that happened under the previous Tamil Film Producer Council and henceforth elected the new members. Nonetheless, it is disappointing to see that the new committee members haven’t done anything so far. After prolonged months of Kollywood strike, TFPC had announced that ticket rates will be reduced, online booking charges would be reduced and lots of affirmations were made, but everything still remains unfulfilled and we are already near next June now. I request the members to look into the issue and find the solutions at the earliest.”

Later he started addressing the issues involved in the film industry saying, “Before we start looking into the external politics, it’s better to talk about our very own issues inside the industry. These days, every film getting released in theatres are procurable to problems. Be it Vijay’s Sarkar to this ‘Dhoni Kabadi Kuzhu’, every movie has its own challenges to met with its release. The main reason behind such issues is everyone’s selfishness that only their movies should have a successful run, but forget to care for the well being of film industry. There has been a bleak scenario for small budget movies’ releases due to big movies hitting screens. We have come across the news that EC members resigning. Our film industry is into a serious situation and if this continues, it will be dominated the hands of International corporate companies. Already, the emergence of Amazon and Netflix has been changing the dimension of movie watching experience. Last week, Tiruppur Subramaniam had announced some decisions in the Theatre Owners Association meeting. If the decisions announced aren’t executed sooner, then it will become a mandatory situation to shut down the theatres.”

Actor Aari continued to speak, “Actor Abhilash just now said that I have left behind the Gaja cyclone mission work and come here. The works are still happening there and I will be going back there in next couple of days after some preparation works are over. Today, a farmer affected by Gaja cyclone has committed suicide. If the entire Tamil Nadu had rose to the situation like today on the day cyclone had hit, then this suicide would have not happened. It is so much saddening to see the entire country react only when Chennai is hit by the Natural disasters. The relief funds and remedies are instantly delivered for such situations, whereas anything that happens beyond the city doesn’t get such privilege.