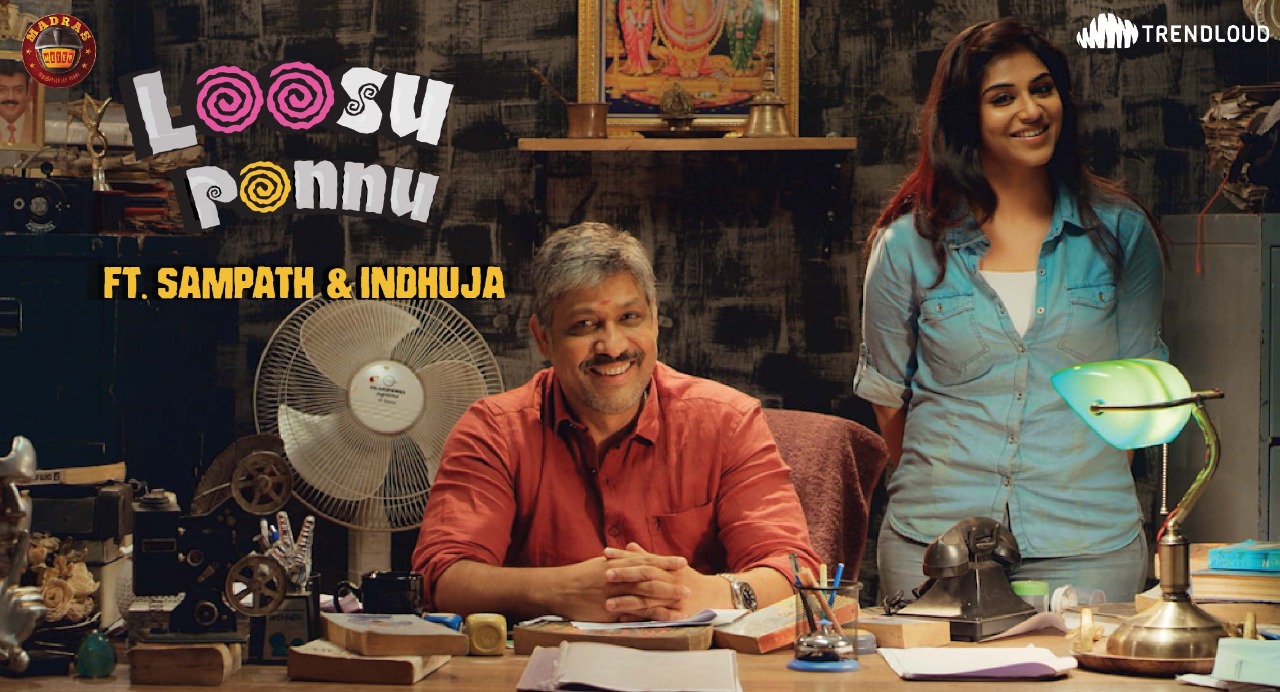 ‘Fairy Tales’ always come with those girls, who charm up the viewers, but in no way are coherent to the reality. Despite this fact, they are fondly admired as avatars in movies, which becomes the core of Madras Meter’s latest YouTube video ‘Loosu Ponnu’. With just three characters involving a filmmaker Kalai Kannan (Sampath), Neela (Indhuja) and Deepak (Vaidhya), the 7-minute video leaves us in splits for their uproarious act. From Kalai Kannan’s funny ignorance of mistaking filmmaker Ingmar Bergman for actress Ingrid Bergman and Indhuja’s exaggerated performance as ‘Loosu Ponnu’, they keep the show going with ultimate engrossment.

Raja Ramamurthy has created and written this unique concept of humorous video with Guru Raj directing and editing it.

“‘Loosu Ponnu’ is the Indian equivalent of manic pixie dream girl. As the name suggests, ‘Loosu Ponnu’ has the mental IQ of a 2-year-old and needs constant rescuing by the hero. It’s about time that Tamil cinema’s writers and directors started writing more realistic and true to life female characters. Thanks to Sampath and Indhuja for being such sports and bringing the characters to life. Guru and the entire team behind Madras Meter have done a wonderful job says Raja Ramamurthy”.

Madras Meter has been positioned itself as one of the majorly subscribed YouTube channels providing Clean & unlimited relatable entertainment.

Mr.Chidamabaram, CEO of TrendLoud says “Madras Meter has been completely revamped and my sincere thanks to the loyal audience who have been the backbone of Madras Meter’s Success. We are calling this Journey as our Madras Meter 2.0 Journey as an audience you can expect more such Loose Ponnu kind of videos where the audience might be surprised to see the mainstream actors performing on YouTube videos. So all that we can say is Madras Meter is back”.

From the cookery videos involving delicious dishes, fictional humorous shows based on contemporary issues and Stand-up comedy, they are incessantly proving to be the hub of amusement.