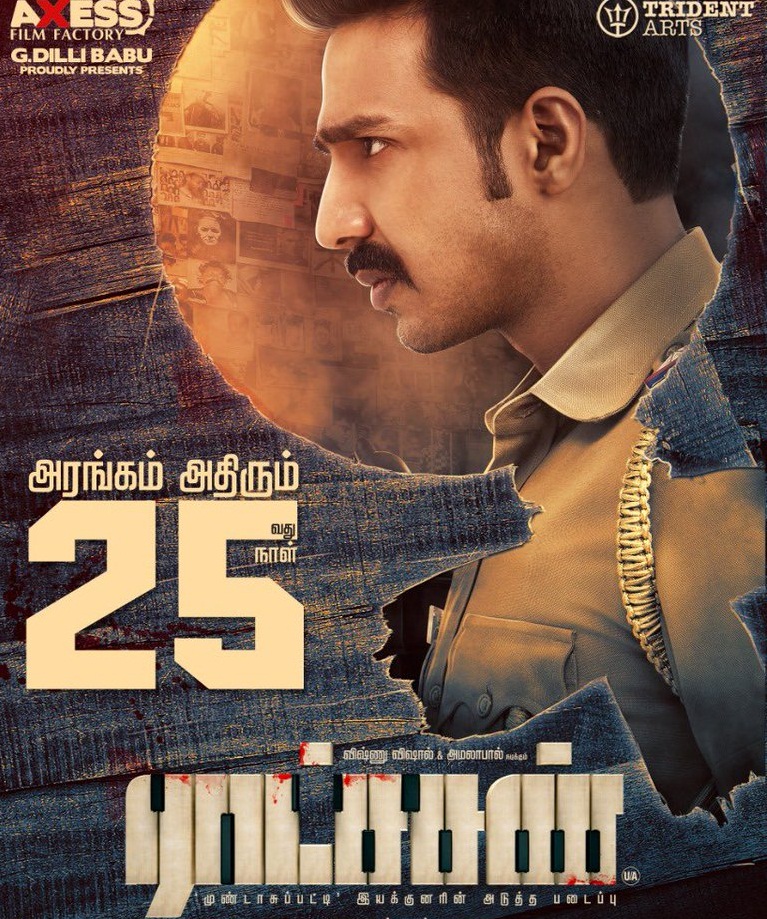 Amidst the season where movies struggle to push through the race in box office, films with strong and exceptional contents always find its steering way to success. It’s not a myth but a proven fact that comes so much appealing through the incredulously grand success of “Ratsasan”. From the early business circle shows to the press and media screening followed by homogenous response across multiplex and single screens, the film has possessed everyone with an impeccably surpassing results. If not, how would a film have its house packed shows even on the 25th day of its release?

“Yes, what else can we say about this? We are bounded towards surprises one after the other, where the audience have escalated the movie with their sincere word of mouth publicity. To see them taking the film with uttermost involvement propels in me the responsibility to deliver more such projects. Moreover, the successful 25th day falling coincidentally on the birthday of filmmaker Ram Kumar offers us double delight. I wouldn’t just say that this is his birthday gift, but the result of his prolonged hard work. Each and everyone in the team have exerted their prodigious effort to success. As a producer, I am happy that the career graph of Vishnu Vishal from a performer to STAR has happened through the film. Be it Amala Paul or the tremendous musical score by Ghibran, everyone have just nailed it to the core of heart and soul,” says Producer G. Dilli Babu of Axess Film Factory.