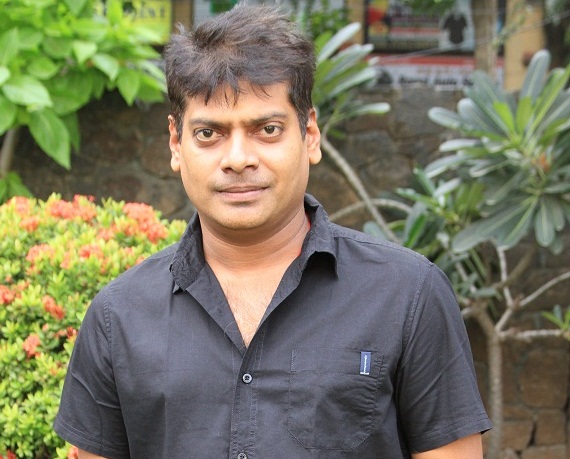 A commonly told theory of – ‘Right thing at Right Time at Right Place’ has been a prototyped formulae in any trade. This has indeed found it delve of emphasis across film industries as well. But the myth often gets broken by factual evidence that films with strong contents have no such confinements. In fact, with the recent array of movies getting tremendous receptions, producer Nitin Sathyaa believes the same with his ‘Jarugandi’ hitting screens on October 25. “More than claiming this to be a self-confidence of a producer, I strongly believe Jarugandi will join the league of contemporary content oriented films league that audiences are rejoicing over. Firstly, I am so happy that the season of good films is getting flourished unconditionally. The way audience have turned cognizant over celebrating films of unique premises and themes has given me a great trust and hope that Jarugandi is a film custom-made for this season,” says Nitin Sathyaa.

On extolling his closet pal and actor Jai, the confidently optimistic and cheerful Nitin Sathyaa opines, “I am laden with upbeat beliefs that Jai will make strides to the stardom through this film. The fact that we happens to be close friends wasn’t a barricade at any point of this project. In fact, he was more responsible than before and was seen with careful forethought throughout to make sure the entire process of shooting goes smoothly. The way he has tried to upgrade himself as a finest actor will be very much evident throughout the movie.”

Adding more about others in the cast and crew, Nitin Sathyaa says, “Every character in the film will have its own way of amusing audience thoroughly. Reba Monica John owns a girl-to-next-door with a voguish trendiness, which will attract the audience instantly. Name out anyone – Daniel Annie Pope, Robo Shankar, Ilavarasu, Bose Venkat, G.M. Kumar or anyone, all have proved their distinctive style of performances already. Bobo Shashi’s musical score has captured the towns with an impeccable slow poison style. I am sure; his BGM works are going to be an intriguing part of Jarugandi.”

Nitin Sathyaa is producing Jarugandi for his home banner – Shvedh Group in association with Badri Kasturi.