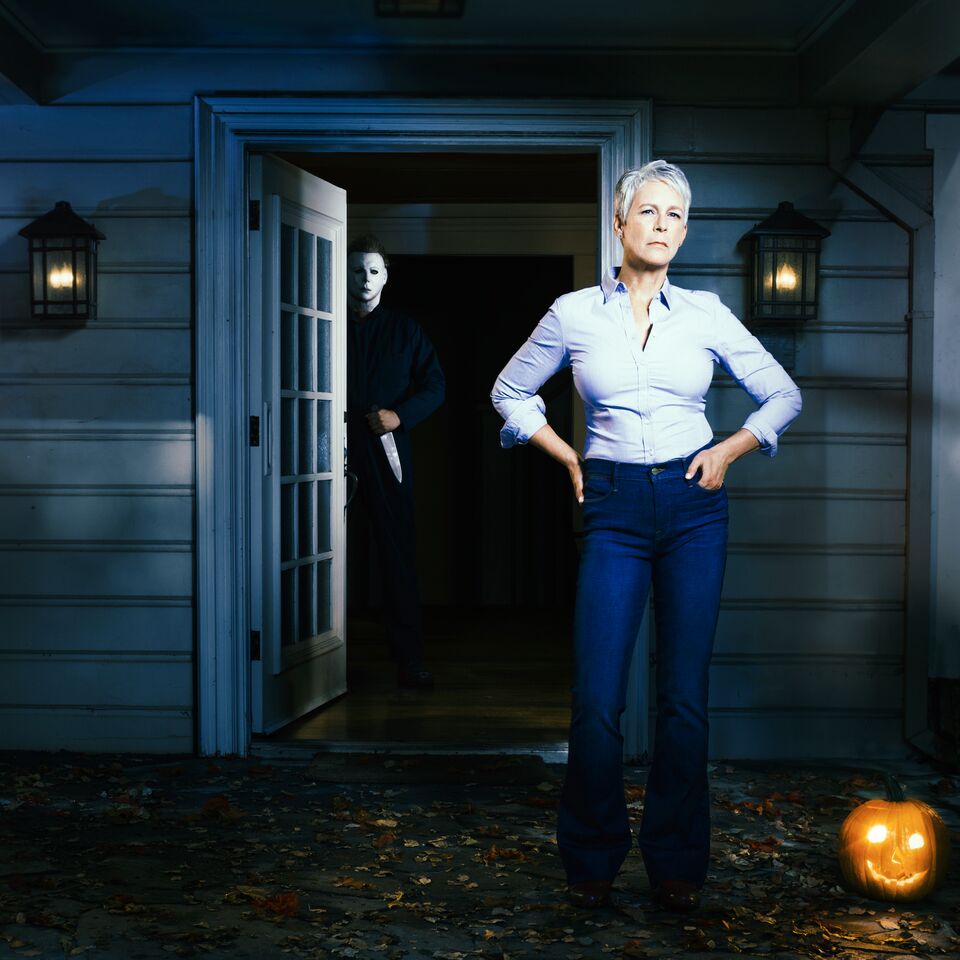 CURTAIN RAISER -40 years after the release of the 1978 film of the same name, this is the 11th installment of the Halloween series. Scored & directed by John Carpenter who co-wrote the screenplay with Debra Hill (who produced the film), Halloween (1978) narrated the story of Michael Myers (Nick Castle) as he stalks and killed babysitters on Halloween night! Donald Pleasence played Dr. Sam Loomis, a child psychiatrist while Jamie Lee Curtis had made her screen debut in this as Laurie Strode, a high school student who is stalked by Michael. This sequel is a direct continuation of the 1978 film & has no connectivity to the other instalments of the franchise!
SYNOPSIS – Set 40 years after the original film, the plot follows Laurie Strode as she prepares to face Michael Myers in a final confrontation when he returns to Haddonfield, Illinois to finish her off for escaping his killing spree on Halloween night in 1978.

It’s been 40 years since Laurie Strode survived a vicious attack from crazed killer Michael Myers on Halloween night. Locked up in an institution, Myers manages to escape when his bus transfer goes horribly wrong. Laurie now faces a terrifying showdown when the masked madman returns to Haddonfield, Ill. — but this time, she’s ready for him.

Made at a budget of $10 million reportedly, the film has a running time of 105 minutes