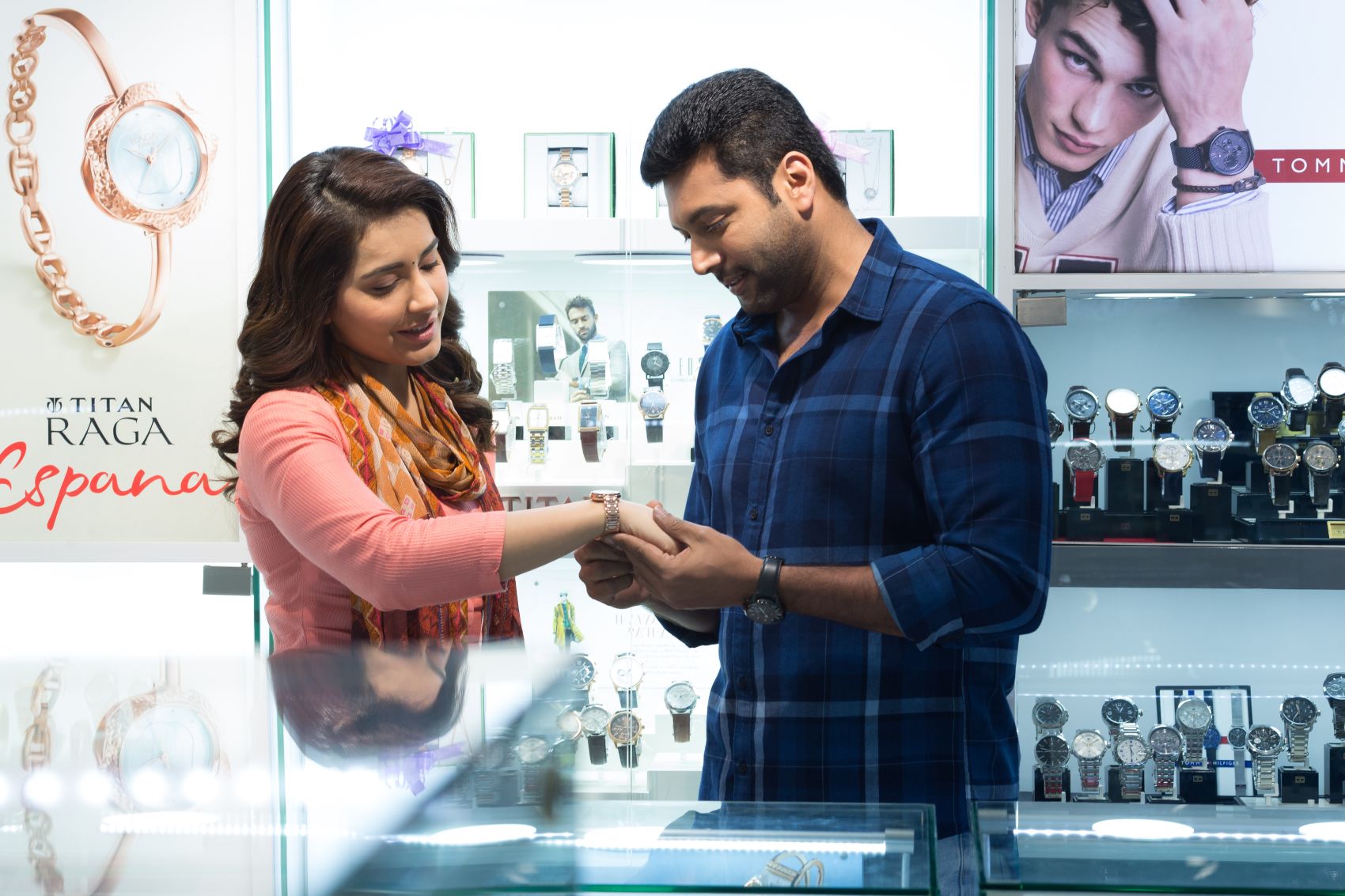 The triumphant parade of Jayam Ravi-Raashi Khanna starrer Adanga Maru gets much glorious with lots of big names involved over its biz. Indubitably, it looks so much evident with the grand success of Chartbuster album and promising visual promos, which has grabbed the spotlights. Now, the film has gained one stronger reason to celebrate and that’s Clap Board Productions V. Sathyamurthy acquiring the Tamil Nadu Theatrical Rights…

The edge-seated cat and mouse thrillers encompassed with brainy and brawny elements have never missed to score brownie points. In all essence, filmmaker Karthik Thangavel’s ‘Adanga Maru’ will prove of such illustrations significantly. Every news involving the film – From the breathtaking action sequences as cited by stunt choreographers, the realistic set works and bunch of promising star-cast has generated an excellent buzz. Now with its business having sterling flourish, it’s obvious that Adanga Maru has already become the favourite of traders.