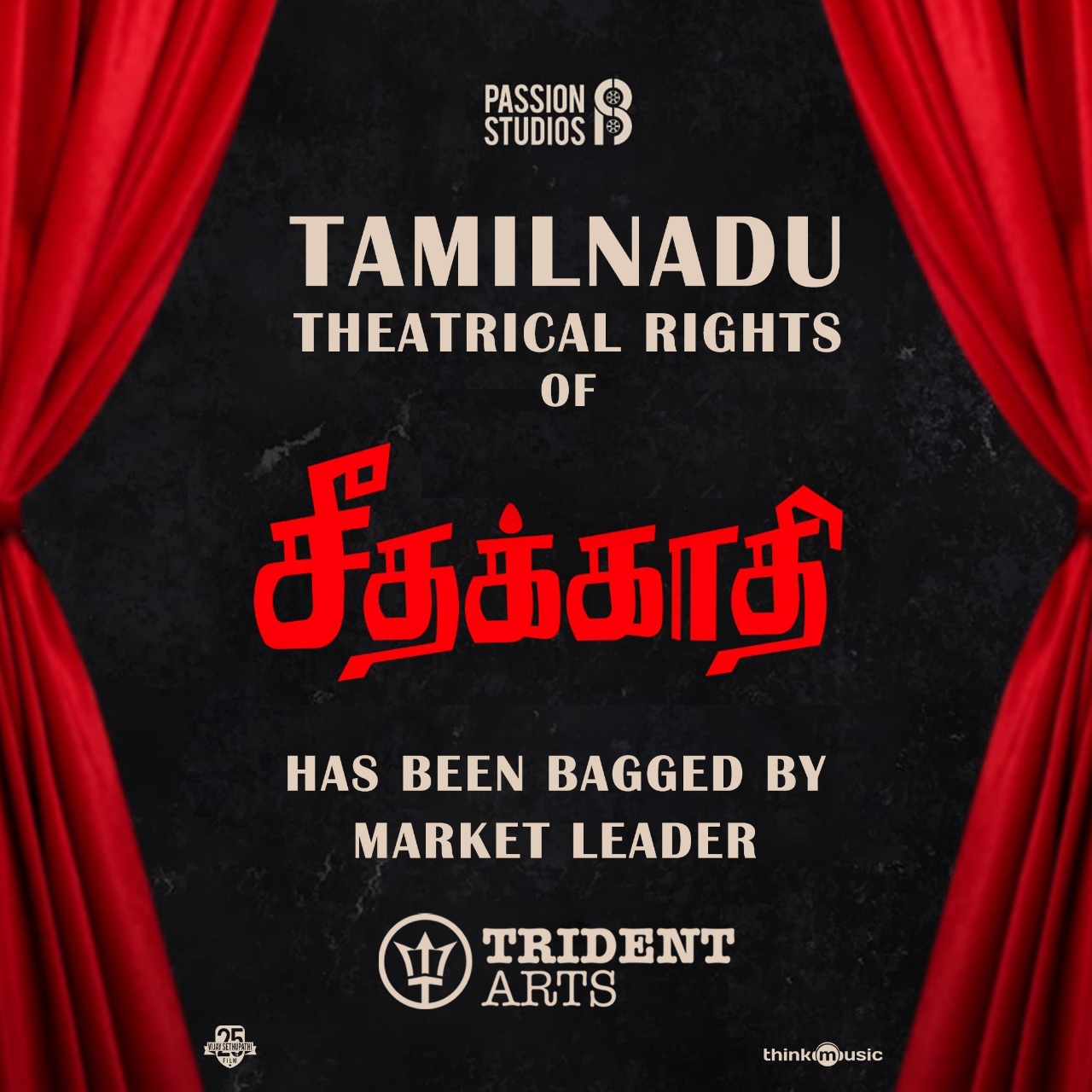 A staunch determination to focus on exceptionally surpassing content and serving an impeccable effort to commute them towards the masses happens to be a hardcore norm of Trident Arts Ravindran. As a producer and distributor, he has proved of such acknowledgeable paradigms over the years. On a similar spell, he adds up his Midas-Touch towards Vijay Sethupathi’s much awaited Seethakathi by acquiring the Tamil Nadu theatrical rights of the film.

Moreover, both Trident Arts Ravindran and Vijay Sethupathi have something in commonality of the abovementioned criteria. Of course, their erstwhile collaboration through Vikram Vedha proved of a phenomenal success. This latest attraction to Balaji Tharaneetharan’s directorial will definitely push the bars ahead to give yet more sumptuous reach for the film.

The producers at Passion Studios are so much invigorated over the belief that ‘Good Contents get a Good Medium’ to exhibit its substantiality. They add claiming that Balaji Tharaneetharan has done a remarkable work in Seethakathi, which will be definitely appreciated by universal audiences. The film features Vijay Sethupathi as an 80-yr old drama artist, whose makeover has made everyone across the Tinsel Town in a state of frozen astonishment. Moreover, with Vijay Sethupathi has openly revealing about his new experiment through Seethakathi has enhanced the impact.

Govind Vasantha of ‘96’ fame is composing music for this film that has cinematography handled by Saraskanth T.K.