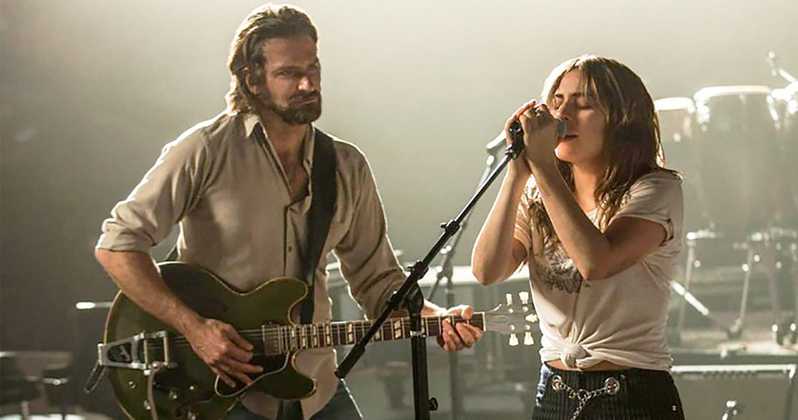 This is the 3rd remake of the original 1937 film which was followed by the 1954 musical, & then came the 1976 rock musical!This romantic drama film has been produced & directed by Bradley Cooper (in his directorial debut) who has also co-written the script! The theme is about a hard-drinking musician Jackson Maine (Bradley Cooper) who discovers and falls in love with a young singer Ally (Lady Gaga). While the former is an established singer-songwriter and alcoholic, the latter is an upcoming singer & song-writer!

Ally has just about given up on her dream to make it big as a singer until Jackson coaxes her into the spotlight. But even as Ally’s career takes off, the personal side of their relationship is breaking down, as Jackson fights an ongoing battle with his own internal demons.
A Star Is Born premiered at the 75th Venice International Film Festival on August 31, 2018.

The film has grossed $75.8 million worldwide and received critical acclaim, with praise for the performances of Cooper and Gaga, Cooper’s direction, the screenplay, the cinematography, and the music.

Based on A Star is Born by William A. Wellman, Robert Carson Dorothy Parker & Alan Campbell