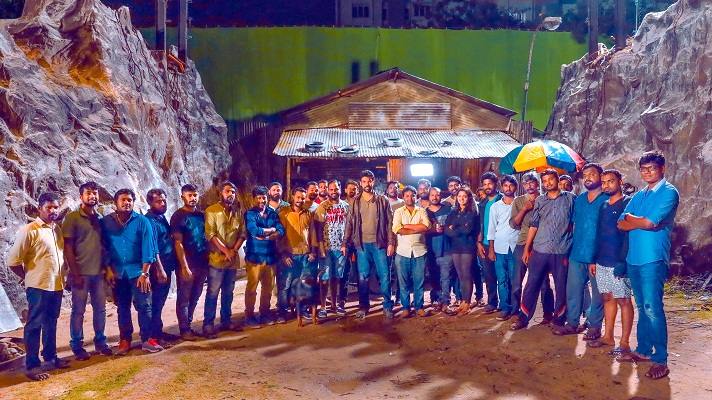 With the success of Sibiraj getting magnanimously getting expanded with right choice of scripts, “RANGA” has already hooked us into the stiff attraction with its first look, which had imparted an impeccable promise to deliver something different. Touted to be an action packed thriller set against the backdrops of a social issue, the entire team is now elated for wrapping up the shoot.

“Usually, producers are bounded to thanksgiving statements only after a film’s success, but for me, I feel its right to offer the entire team now itself. Such has been their wonderful effort and support throughout the process. Especially, to see the dedication that Sibiraj and Nikila Vimal carried during Kashmir schedule, where the climatic conditions were critical, they deserve tons of appreciations. The shoot in those regions had to be wrapped up in limited span of time and without their support and technicians, it would have not been possible. I am sure that each and everyone in the team will be rewarded with best reception. I am saying this merely with rough rushes that I happened to see, which has kept me high on excitements. I am thrilled to see how the final output is going to be indeed.” says producer Vijay K Celliah.

He continues to extol filmmaker Vinod DL for his expertise in directorial spell. “The way he conveyed his idea, the significance of title ‘Ranga’ relevant to ‘Kaakum Kadavul Ranganathan’ through an engrossing script was the first thing that impressed during the narrative process. To see him complete the shoot without exceeding above the budget line is a real bliss, especially to a producer like me.”

Producer Vijay K Celliah of BOSS Movies asserts the post-production works are happening on full swing and the film will be hitting screens in December. Comprising of a star-cast that includes prominent actors, Sathish, Sujatha Babu, Sara, Lollu Sabha Swaminathan, Renuka and Jeeva Ravi will be seen in important characters.