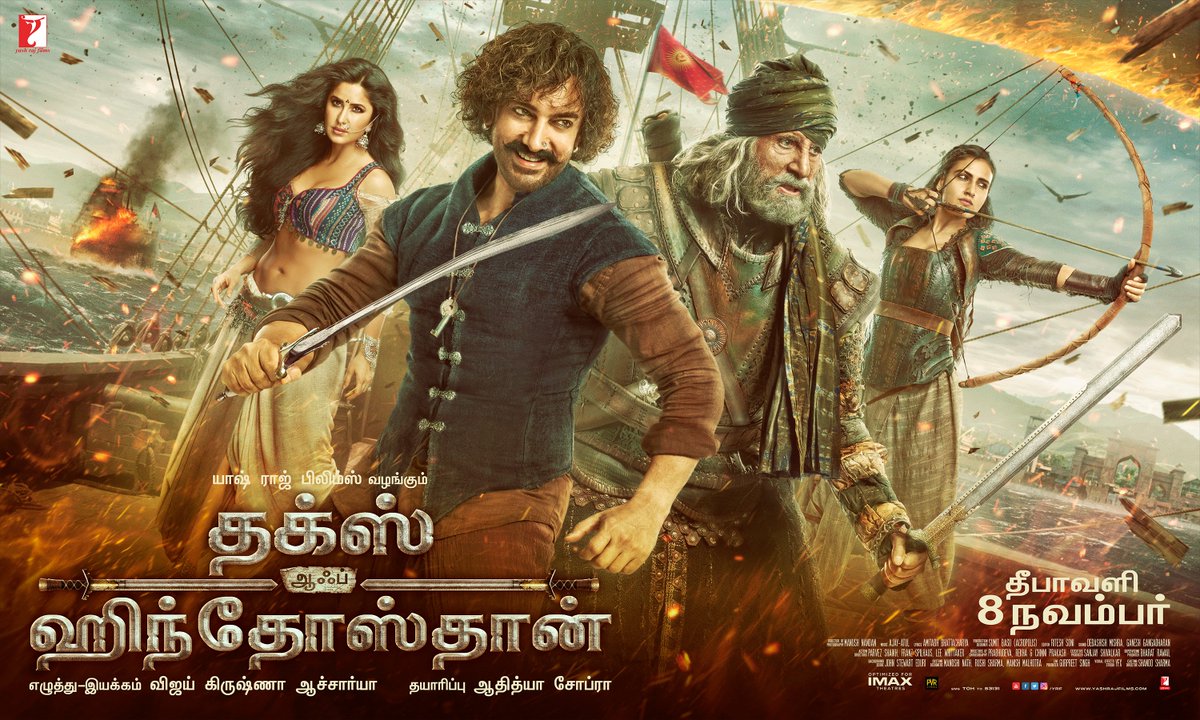 Yash Raj Films Thugs of Hindostan could be called the biggest Indian film release of all time. The mega action spectacle is releasing this Diwali and it boasts of an incredible casting coup that brings together two of the biggest icons of Hindi cinema Amitabh Bachchan and Aamir Khan for the first time on big screen.

Thugs of Hindostan is also releasing in Tamil and Telugu and is set to record the biggest ever release scale for any dubbed Hindi film to date. The Tamil trailer has been launched by the legendary Tamil film actor Kamal Haasan, who has given the Indian film industry some of the most iconic films of all times.

Yash Raj Films had built the excitement for its dubbed trailers by releasing videos that featured Bachchan and Aamir announcing the Tamil and Telugu releases by actually speaking these languages. This action adventure and its visually immersive extravaganza that boasts of jaw-dropping action sequences and an epic battle between good and evil, also co-stars Katrina Kaif and Fatima Sana Shaikh. Directed by Vijay Krishna Acharya, the film is set to entertain audiences this Diwali when it releases on November 8th, a national holiday.