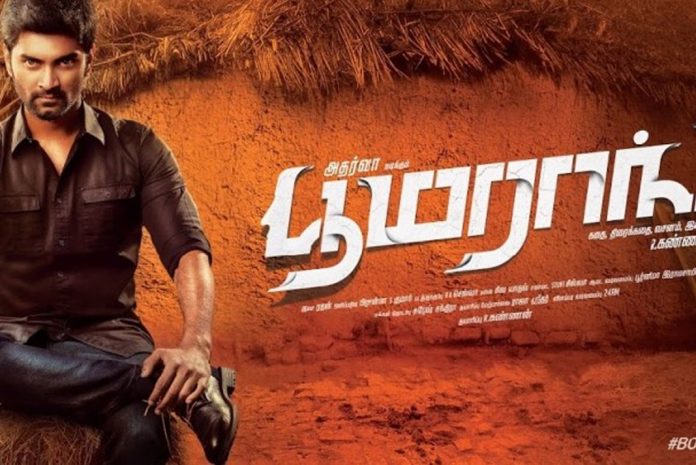 A strikingly sensational content with a neat p resentation for the family audiences – Filmmaker Kannan has always remained close in contact to these ingredients while making a film. This commitment is rewarded with certification from the authorities to begin with and end with an endorsement from the audience in form of repeated attendance.

“Yes, it’s true and at the same time quite a different task indeed. To make a film set against a sensational premise and packaging them with elements that would savour the universal audiences remains to be a challenge. But as a producer and director, I remained conscious about making it happen as I felt this as a need of hour,” says filmmaker-producer Kannan, who is on cloud nine over his upcoming film ‘Boomerang’ being certified U.

“The instantaneous thing that popped up in my mind after the basic scripting of Boomerang was to make sure that the film reaches the Universal audiences. There are certain times, when a universal theme gets barricaded with U/A, which has more probabilities. But this firm decision kept ringing in my mind throughout the process of scripting and filming Boomerang,” opines Kannan, who completed the entire film in a short span of time despites Kollywood strike.

Riding high on the glorious reception for his performance in Imaikka Nodigal, the expectations are pretty groovy for Atharvaa in Boomerang, especially with the visual promos getting its due dosage of strong appeal. With a bunch of talented artistes like Megha Akash, Induja, Upen Patel, Suhasini Maniratnam, RJ Balaji and Satish, the film has musical score by Radan and cinematography handled by Prasanna Kumar.

Filmmaker Kannan has produced this film for his home studio of Masala Pix.