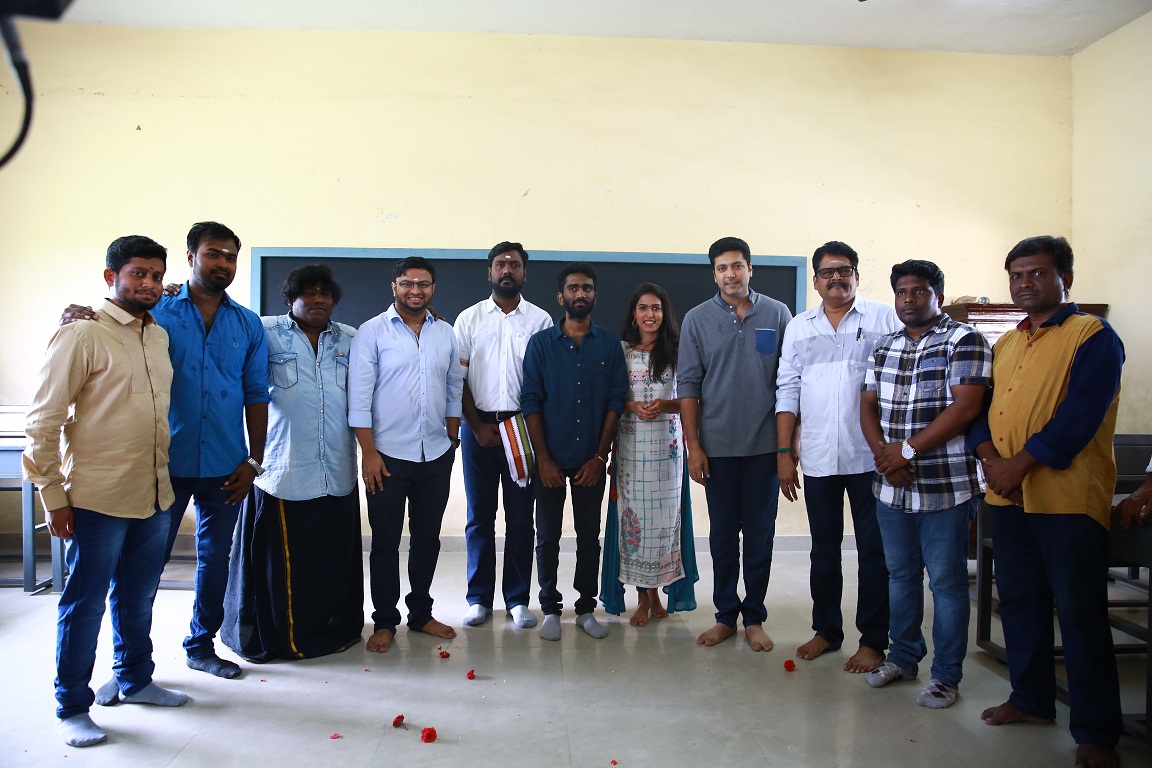 An actor gets escalated when he starts loving ‘Challenges’ and Jayam Ravi stands out to be a crystallized exemplification to it. Spearheading with unique roles and scripts in every movie has been putting him constantly under spotlights. Winning tons of appreciations with India’s first ever space based thriller ‘Tik Tik Tik’ followed by an incredulous announcement of ‘Thani Oruvan 2’ and a strong impactful vibe with his upcoming release ‘Adanga Maru’, Jayam Ravi is predominantly affirmed to be a ‘Black Horse’ in showbiz now. On an absolute line up, the actor starts shooting for his new film, which is definitely going to be yet another unheralded premise for him.

The film bankrolled by Dr.Ishari K Ganesh for Vels Film International features Jayam Ravi and Kajal Aggarwal in lead roles, marking the directorial debut of Pradeep Ranganathan. Furthermore, the star-cast comprises of prominent actors like KS Ravikumar, Samyuktha Hegde and Yogi Babu in important characters. The film’s shooting has commenced in the city with a ritual ceremony this morning (September 20).

Overwhelmed with delight of teaming up with a promising team, producer Dr.Ishari K Ganesh says, “My bonding with Jayam Ravi and his family goes beyond years as I have seen grow up as a good person and a great actor. He has often pushed the bars stepping out of his comfort zone, plunging for new attempts. It happens that when you come across a script, there would be an instant instinct of finding someone more apt for the role. Precisely, as soon as director narrated me the story, I couldn’t think of anyone than Ravi. More than going by my words, I am sure audience will witness this by themselves.We have commenced the shooting today in Chennai.”

Richard M Nathan is onboard to handle cinematography and talks are going on with a top-league music director to compose music.