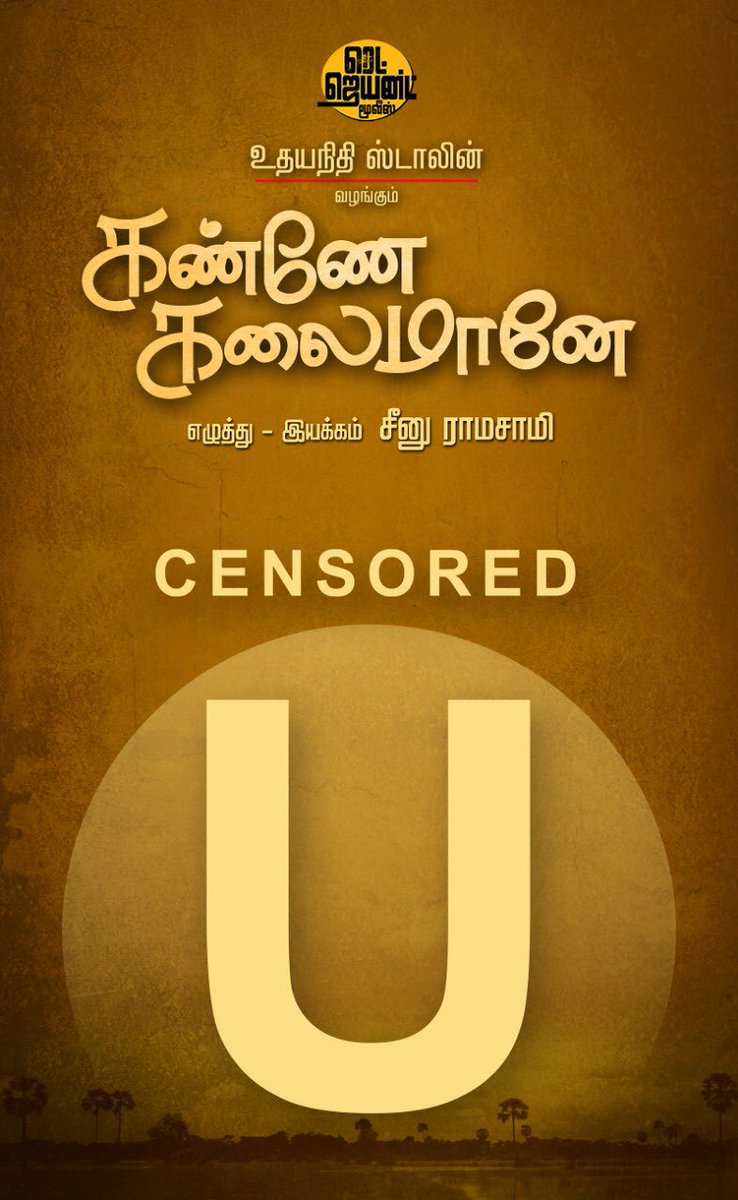 Love and Hope are the ingredients that never miss to savour the tastes of ‘U’niversal audiences. In fact, these are the elements that offer a wholesome experience to audiences irrespective of what a film’s premise or genre is. Kanne Kalaimaane – The title itself assured such a bliss and serenity together. Especially with a filmmaker like Seenu Ramasamy preparing the film to offer us, there’s no doubt that it would get a commendable ‘U’ from CBFC members.

“It happens when we are working in particular films, there would be a strong doubt popping up about the film’s censor certification. Nevertheless, the scenarios are completely different while working with Seenu Ramasamy sir. In fact, the censor results would be no big surprise for audience as they’re very much confident than the film’s crew members themselves. Having been a part of such a beautiful film itself is a gift to me. Just as said and believed by many, Seenu sir’s movies have always comprised of true love and hope, which has worked for wonderful reception,” says producer-actor Udhayanidhi Stalin.

Yuvan Shankar Raja’s musical score is already offering huge expectations for his erstwhile associations with Seenu Ramasamy have proved to be musical elixirs.