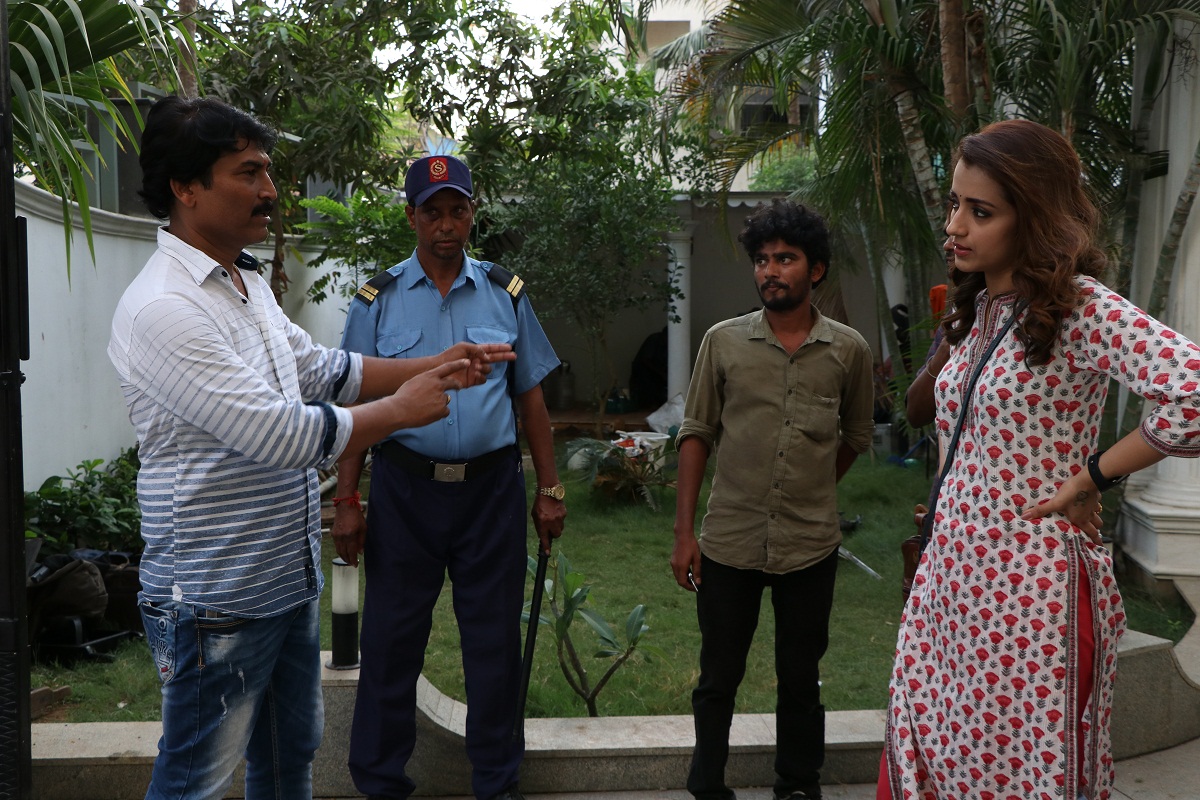 Ennobled as the ‘Markandayi – Unaging Beauty’ of Tamil cinema, Trisha doesn’t want to just bank her journey upon this. It is so much evident with the kind of scripts that she is lining up now. While the offers are immensely brimming up Trisha’s stores, she remains firmly inclined towards picking unconventional ones. In an incisive term, her upcoming film ‘Paramapadham Vilaiyattu’, directed by Thiru Gnanam is going to prove of such illustrations, where she will be seen playing a doctor and mother of a daughter. With the major portions of the film already completed till now, the team gears up to shoot its final schedule in 200-yr old Robert Clive palace mansion in Yercaud.

With the entire process of the Paramapadham Vilaiyattu being a great experience, filmmaker Thiru Gnanam says, “It’s going to be a first of its kind Trisha movie! This might sound as a stereotypical statement from a director, but it is no exaggeration. While Trisha reigns as an undisputable queen out here in the industry, she needn’t prefer taking an unconventional role of playing a mother of a daughter. But she felt that the gist of Paramapadham Vilaiyattu, her characterization and the way, the script is sketched has some uniqueness and instantly gave a nod to it. In fact, she left everyone awestruck on the sets by getting even the toughest scenes accomplished in single take. Such has been the way she is adhered to the role and this project.”

The game of Paramapadham Vilaiyattu, ‘Snake and Ladder’ itself has its own way of offering twists and turns to the players, so how about this film that carries such a title. “Definitely, it’s going to be a game of unpredictable twists and turns played among the characters in the film. There’s a saying, Right thing at the Right Place and Right time. But what happens when a ‘Right thing is said at the Wrong Place and Wrong Time’ is what this game is all about. Trisha’s character is crafted with innocence transiting into intelligence…”

The film also comprises of promising actors like Nandha, Richard, Vela Ramamoorthy and few more. RD Rajashekhar is pretty much busy with many projects was so much impressed with the film that he decided to postpone other films and take up this one. Amresh is composing music for this film, which has a mix of genres. Filmmaker Thiru Gnanam is so much sure that his background score would be noticed by all on par with songs.

Produced by 24 HRS , Paramapadham Vilaiyattu is an action thriller, which will wrap up the shoot by this month with first look being planned up shortly.