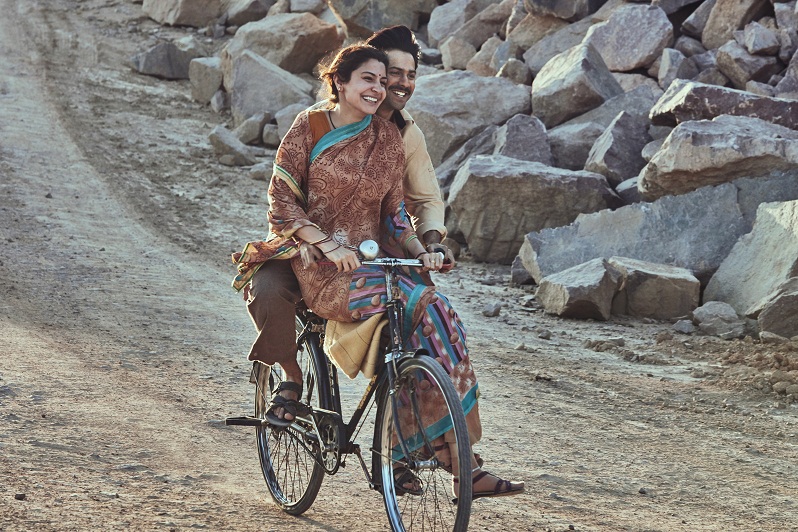 Varun Dhawan plays an innocent tailor from heartland India in YRF’s upcoming entertainer Sui Dhaaga – Made in India. The superstar essays the role of Mauji who dreams to make a name for himself. Rooted in heartland India, the film demanded it to be shot as authentically and as genuinely as possible. Cycle is the most common mode of transportation in small towns and director Sharat Katariya wanted Mauji to have a cycle to enhance the visual appeal of the location and the character.

“Mauji loves his cycle. He takes it everywhere he goes. Cycle is the most preferred transportation option in rural India and we had to include it because the cycle adds so much visual appeal to Mauji’s character. He chills on his cycle, he dreams on his cycle, he laughs, he cries on his cycle. Mauji and Mamta (Anushka Sharma) have some really beautiful moments with each other – bonding, talking and getting to know each other – when they go for the rides together. The cycle captures the beautiful, innocence of small town life and romance,” says Varun.

Anushka adds, ‘We were in the peak summers of North India. I had to sit crossed legged on the cycle, which I was not used to. My body twisted the whole time cause I had to sit in a particular way. Sharat had said, never are you guys going to touch each other in the film, but I was somehow holding the (seat) to save my life. We were sweaty, we were in aches and pains, my back was gone. ”

Varun further adds, “We were shooting in the summer heat in Chanderi and Delhi and I was required to sometimes cycle for nearly 10 hours at a stretch. It was tough. I had to ride it daily for about 15 days and I was exhausted. There was a scene of Anushka and I falling down from the cycle. We fell right near the cliff and the crew came running to see if we were ok. For Mauji, the cycle is a symbol of struggle as well as aspiration. It is an invaluable addition to the character sketch of Mauji.”

A film about finding love and respect through self-reliance, Varun and Anushka have been paired for the first time and have become the most-awaited, freshest on-screen jodi of 2018. Sui Dhaaga – Made in India is set to release on September 28 this year. It brings together National Award winning producer-director combo of Maneesh Sharma and Sharat Katariya after their blockbuster Dum Laga Ke Haisha. The film is a special salute to the inherent entrepreneurial spirit that the youth of India and our local artisans have.