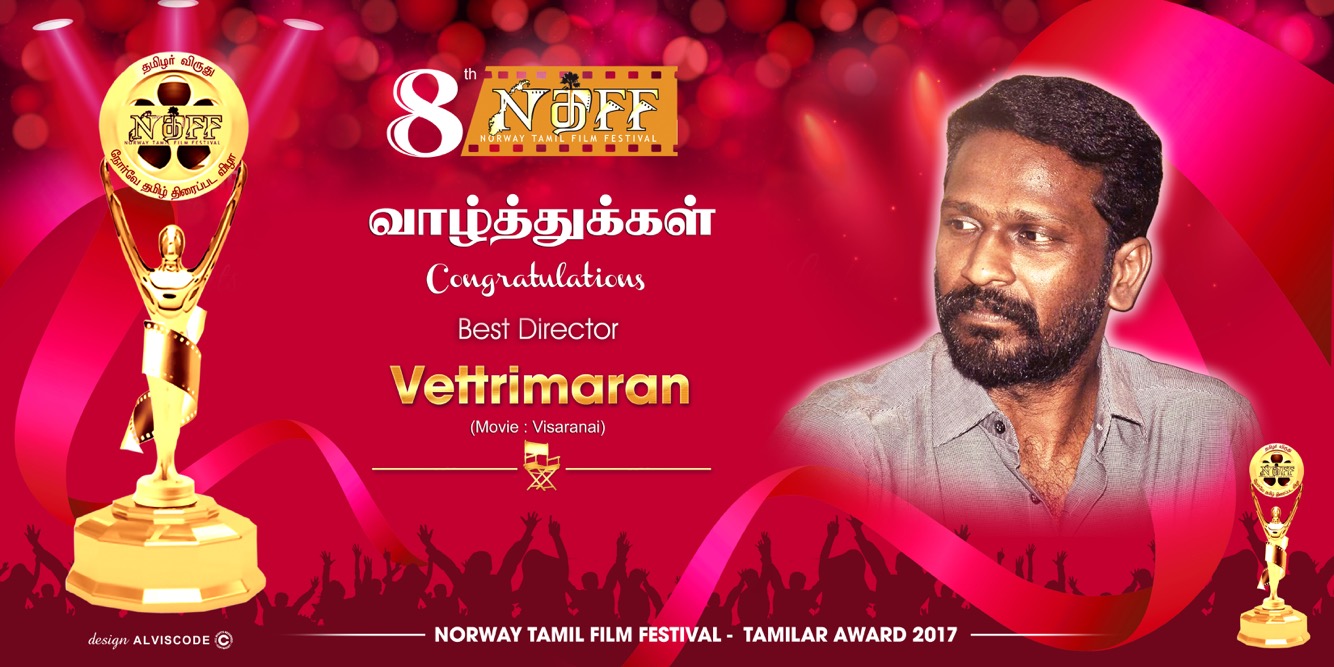 NTFF had entered every nook and corner of the world in the past years and now entering gloriously into its 8th year. The popularity is seen by the number of entries we had and requests are still coming continuously even after the extended deadline. This proves how people respect the awards given by NTFF and regard it as prestigious awards. By popular demand by the filmmakers of foreign language, we have included the foreign language film category from last year. The recognition of the festival by massive audiences is based on the unbiased decisions and the efficiency of the festival team together with the glamour of the festival. We are thankful for all the filmmakers, artistes and the audience who believe and continue to support us. The festival is for you and we only find the talents known and the hidden talents and bring them publicly for international recognition.

If you are one of the Tamilar Awards Winner or Nominee and would like to participate in Award Night please write email to Festival Director Mr.Vaseeharan tamilfilmfestival@gmail.com for more information about Visa and Travel Procedures to Norway.

It is necessary and important that the Award winners should personally come to receive the Award.