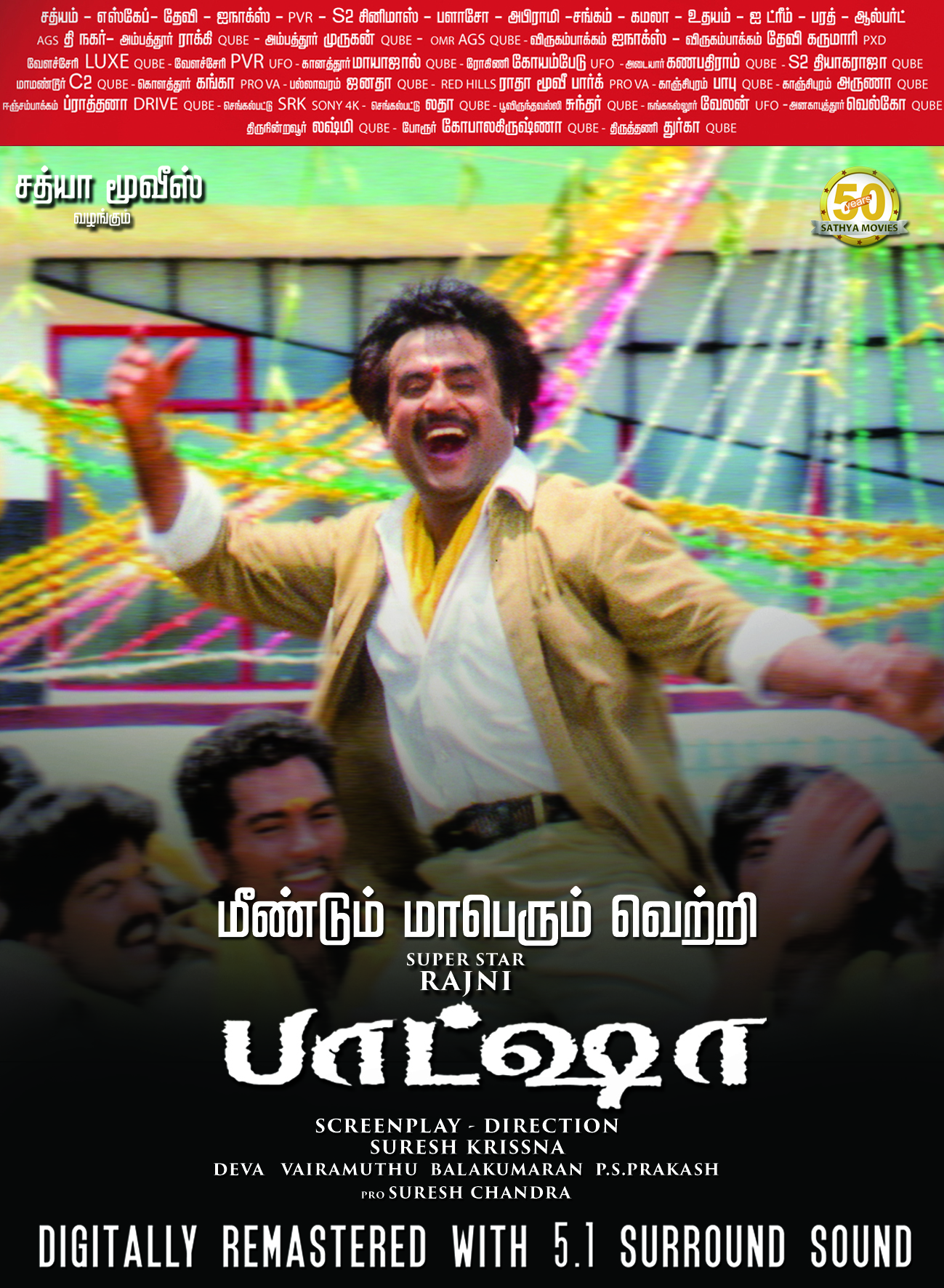 ‘It was a best movie’, ‘It is the best movie’, ‘ It will be the best movie’, and if all these three tenses are perfectly suitable for a film means, then that film’s name will be definitely Super star Rajnikanth starrer – ‘BAASHHA’ . Sathya Movies, one of the most renowned and prestigious Production houses in Tamil Film Industry has released the digitally re-mastered version of ‘BAASSHA’ on March 3rd, 2017, and the response from Rajini fans and general audience are simply astonishing. Right from the day one of the announcement about the digital remaking, the ever green BAASHHA has sowed infinite level of excitement in the hearts of all age-group audience.

The celebrities who are ardent fans of superstar have expressed their happiness towards the digitally re-mastered BAASHHA. This tremendous initiative has been taken by Thangaraj (Son of RM Veerappan), and the excellent 5.1 sound works of Lakshmi Narayanan and the innovative post production lab works acts as a major backbone for the remastered version.

Director Balaji Mohan said: “Actually it is a emotional moment for me. I was just 8 years old when I watched BAASHHA in the year 1995 along with my parents. And now, after several years, I am watching BAASHHA again with my parents, but this time with a lot more goose bumps”

Music Director Anirudh quoted: “This digitally re-mastered BAASHHA has given us a chance to relive the greatest theatre experience of our lives ever!”

Latha Rajinikanth Quoted: “I was carried away by seeing the love of fans and Audience remains same even after several years. I was very much impressed by this digitally remastered BAASHHA this response is bigger than the special show. Even Jackie Chan’s release is not as phenomenal as this re-release of BAASHHA.”