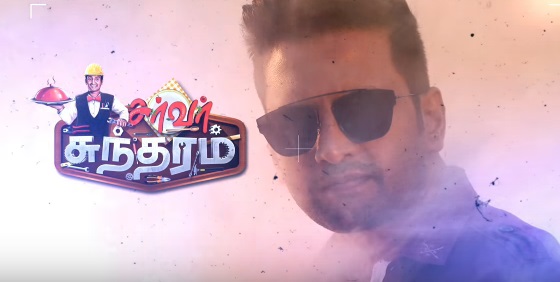 The word ‘BROTHER’ may be originated from the language English, but the origin of the word ‘BRO’ that reveals the friendship has been derived only by Santhanam. Based on this most powerful and emotional word, the team Server Sundaram has released a special song called ‘BRO’ on 18th February, 2017 which is getting great response from the Audience. Produced by J Selvakumar under the banner Kenanya Films, the film ‘Server Sundaram’, directed by debutante Anand Balki has Santhanam – Vaibhavi Shandilya in the lead roles and Nagesh Bijesh in a crucial role. Songs and Background scores has been composed by Santhosh Narayanan.
“Why don’t we include friends in close relatives category? This is the first thought I had in my mind while thinking for a special song for our Server Sundaram. We all know that, nowadays, the popular friendship terms Mama, Machi has been replaced by ‘BRO’, and one of the main reasons for that is Santhanam Bro. Right from the people in sets to the fans and General Audience, most of them are calling Santhanam as Bro only. Hence we have decided to go for this BRO song. We are very much happy to receive such huge appreciations from Audience, and the two lakh viewers on Youtube within a few days will witness it” says Director Anand Balki bro enthusiastically.