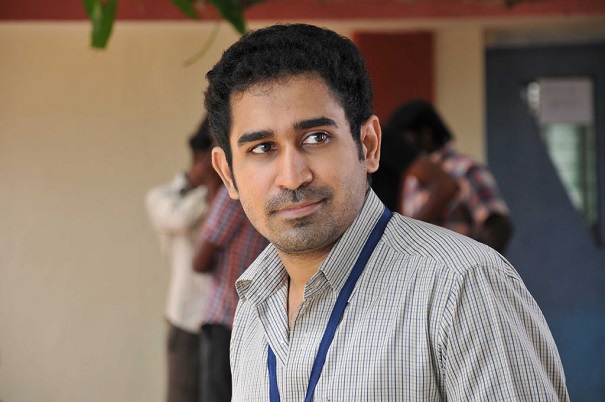 Pichaikkaran, Saithan and Yaman are some of the titles of films of the emerging star of the Southern Film Industry Vijay Antony. In a short span of time this music director and Hero has broken barriers of commercial cinema choosing excellent storylines and subjects delivering huge commercial successes cutting across linguistic barriers making him one of the most bankable commercial stars of the South Indian film Industry.

Vijay Antony has a way with with the selection of his film titles and all his films have been major hits because of them. After a string of negative titles he has now come up with a title which is a name etched in the heart of every Tamilian in the world “ANNADURAI”.

Being one of the most successful commercial heroes, Vijay Antony has a typical style of selecting his film titles and the trend continues with “ANNADURAI” a hugely positive title.

Produced by R.Sarath Kumar and Radhikaa Sarath Kumar under their banner
‘I Pictures’, the film ‘ANNADURAI’ is directed by debutant Srinuvasan, a former assistant of Director Suseenthiran.

“I am lucky to join hands with a star hero like Vijay Antony and a top notch production house – I pictures in my very first film.

The title is ‘ANNADURAI’, but it is not a biopic of the great leader Anna Durai. I am confident that ‘ANNADURAI’ will be a visual treat to Vijay Antony fans and to the general audience. Right now we are in the pre-production stage and in a week we will be announcing our other cast and technicians” says Director Srinuvasan enthusiastically.