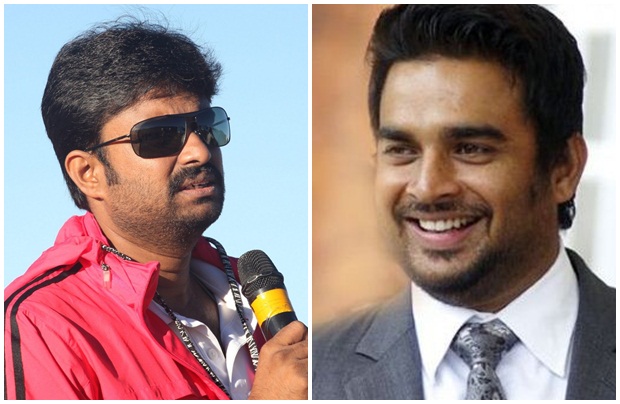 What will be the expectation level of the Audience if an actor who is loved by all sets of Audience and an actress who has skipped the hearts of youngsters join hands with the most wanted director? The answer will be revealed by India’s one of the prestigious production houses – ‘PRAMOD FILMS’ through their debut Tamil production venture. Starring Madhavan and Sai Pallavi, this untitled project is directed by Director Vijay. After the grand success of ‘Irudhisuttru’, Madhavan is very much choosy in picking up his scripts, and now the actor is paired opposite to Sai Pallavi which has raised the expectations of the entire Tamil film industry. While renowned cinematographer Nirav Shah handles the Camera, Leon James takes care of Music and State award winning art director Jayashree creates the sets.

“From 1958, our Pramod Films’ history is closely intertwined with Hindi film industry. Now we feel very much proud to step into Tamil film Industry with industry’s biggest stars. We are quite sure that the combo of Madhavan sir and Sai Pallavi will make the best onscreen pair, which will be loved by all sets of Audience, especially by the Tamil audience. When it comes to film making, we can definitely say that Director Vijay sir is simply Mr.Perfect and Pramod films is glad to associate with him for our first Tamil film. The presence of DOP Nirav Shah and Music Director Leon James will definitely act as a backbone for our film and we are happy to have them onboard. The rest of the crew is also very interesting and our team is going on floors from March 2017 in Oooty and Pondicherry” confirms the duo Producers Prateek Chakravorty & Shruti Nallappa of ‘Pramod Films’ enthusiastically.