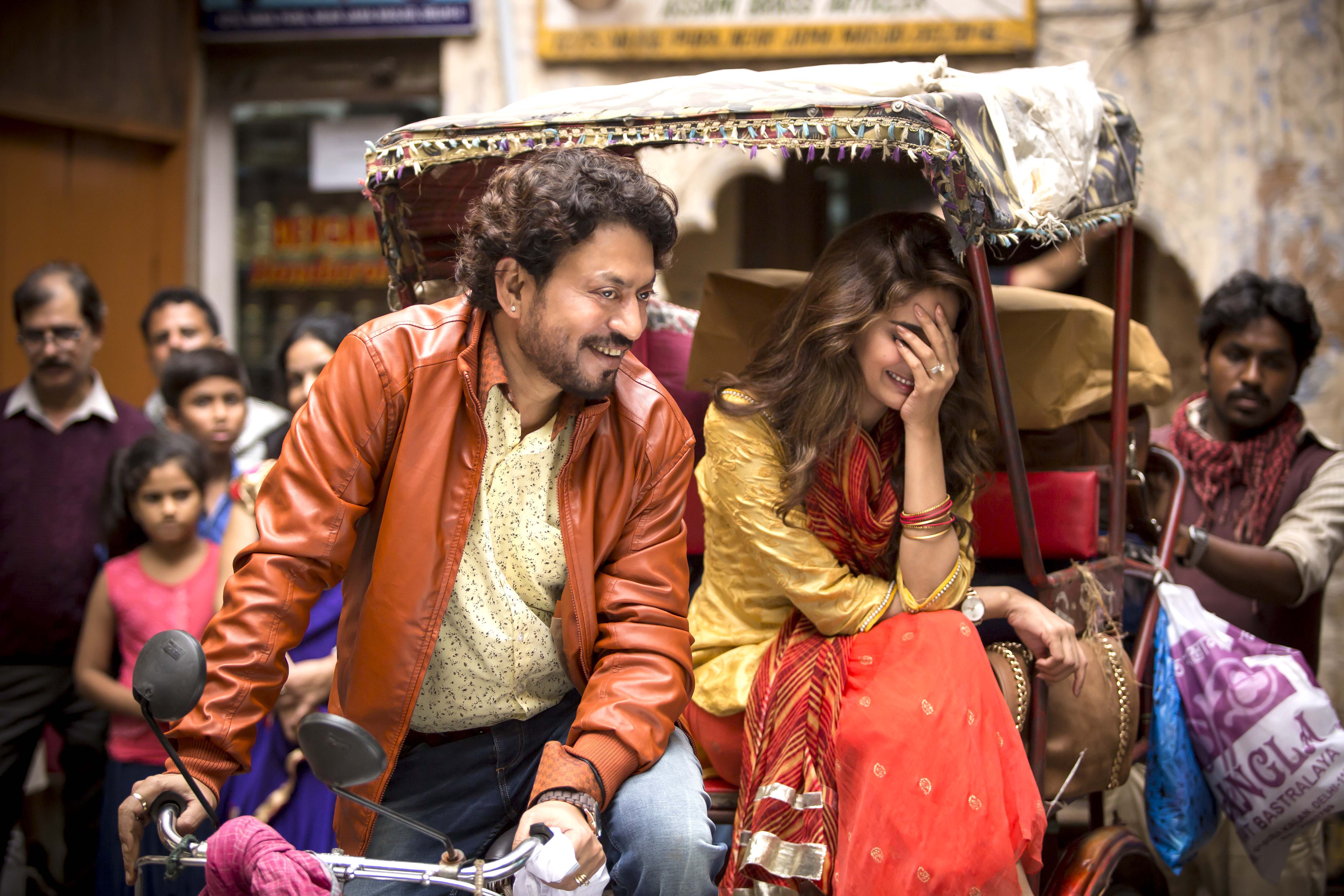 Irrfan Khan’s next, Hindi Medium, directed by Saket Chaudhary, will show him in an unusual avatar. The actor will be seen playing a rich Punjabi businessman and clothes store owner from Chandni Chowk who is married to Saba Qamar.

A source revealed that,”The film was shot on real locations like Chandni Chowk, Anand Lok, Karol Bagh and Sangam Vihar to keep things authentic. Irrfan met with and recorded clips of shopkeepers and salesmen while they went about their daily business to prepare for his role.”

“The idea was to capture the essence of affluent Chandni Chowk residents who are known to favour flashy things, so the actor will be seen sporting leather jackets and jhatak clothes; the look is bright and colorful.” added the source.

Interestingly, the people that are shown working in Irrfan’s store were selected from real shops.

Besides Chandni Chowk the film was also shot at the posh South Delhi, Gurgaon and Noida. Hindi Medium is a light hearted romantic film about a young couple in Chandni Chowk in Delhi, who aspire to move into society’s upper crust. The film traces the trails and tribulations the couple faces on this journey and the impact it has on their relationship.

Hindi Medium is produced by Dinesh Vijan and Bhushan Kumar and is a T-series and Maddock films presentation, releasing on 31st March, 2017