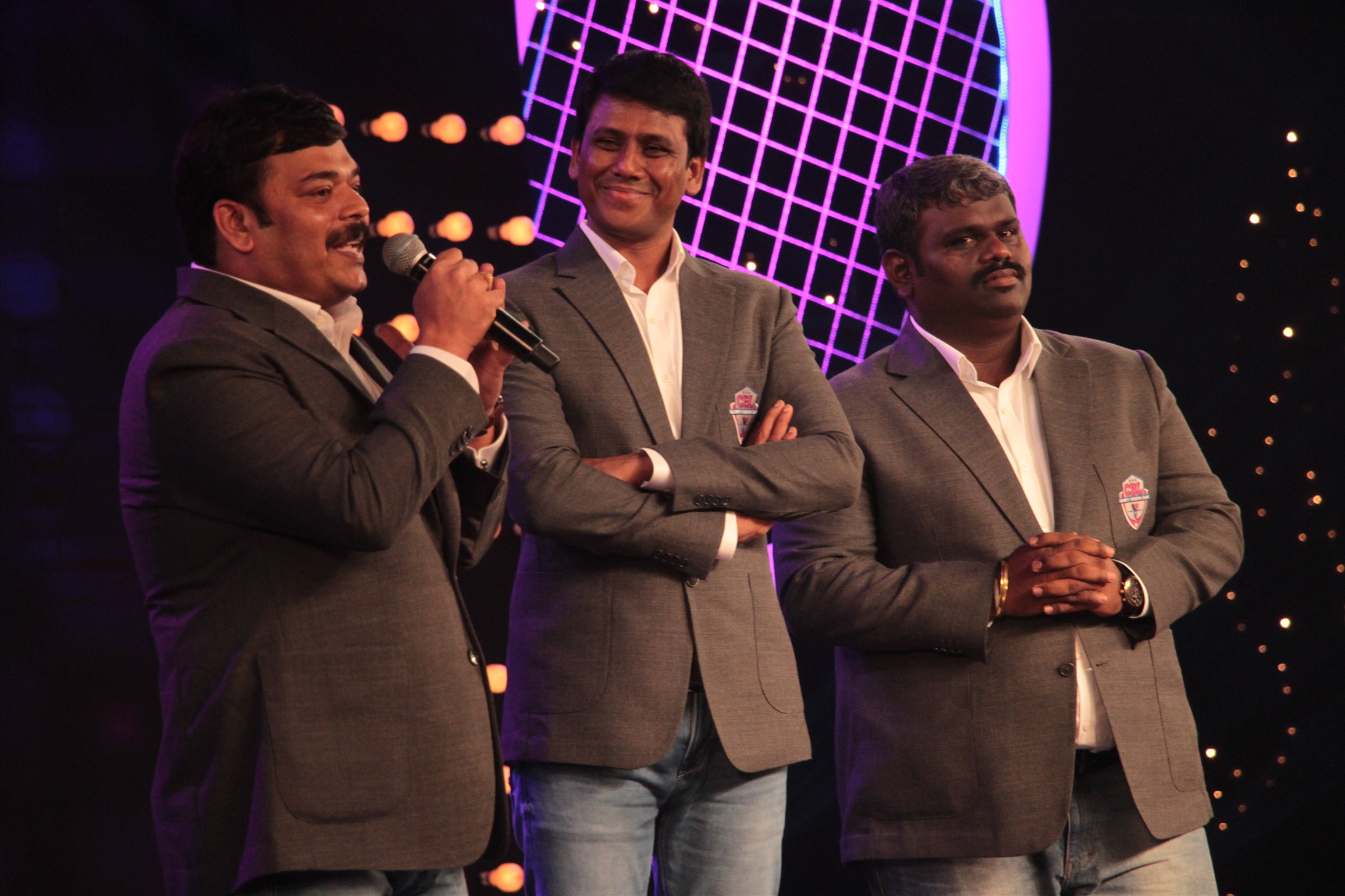 India’s First Celebrity Badminton League (CBL) – Season 1 gets underway with the first round of matches being played at Kochi on 24th September 2016. CBL Season 1 has Four Celebrity teams representing Kollywood, Mollywood, Sandalwood and Tollywood. At the glittering launch function all the team owners and the film stars participated with great enthusiasm. Karnataka Alps team members alone were introduced video conferencing.

The much awaited team details announced were as follows:

An entrepreneur with varied business interests, Nandiniy Vijay runs her animaon college in Chennai called GIGA (Global Instute of Gaming and Animaon) and also has produced many tele-commercials. She also runs an adversing agency and has years of experience in film distribuon.

Mr. Sagar Pentela, entrepreneur and a hotelier, graduated from Victoria university in Internaonal Business (New Zealand). He is currently seled in Chennai aer more than a decade in New Zealand. His businesses ventures include, retail, restaurants, texles, organic farming and technology based adversing. Mr. Sagar’s latest venture is a lounge bar called INK303 in Chennai. He is also part of many NGO’s. He was born into a business and movie producon family from Guntur. He is an avid follower of sports.

Dr Dheeraj, is one of the youngest cardio thoracic surgeons in India. He finished MBBS, Ms and Mch in Sri Ramachandra University Chennai. He is currently praccing at Apollo hospitals Chennai.

Mr. Ranjith Karunakaran is the Chairman of EAK group of companies and has been associated with various other business enterprises like hospitality and steel export.

Mr. Jusn is the founder of Alpha Digitech and an advisory member in the Board of Directors of GMASA and Mobilogi, a Malaysian company.

Ms. Sanghavi is an Indian film actress and model, known for her works in Tamil cinema, Kannada cinema, and Telugu cinema. She has starred in over 95 feature films in a span of 22 years.

Speaking at the launch, Mr. Hemachandran, Founder & CEO of CBL said, “CBL in its first season has been able to garner support from the top four south Indian cine personalities, proving that badminton is one of the most loved sports across the world. Our ambition is to ensure that we will have a team from Bollywood and in future from even Hollywood participating in the next few CBL seasons.”

The Celebrity Badminton League (CBL) is bringing together the entire South Indian film industry in its very first season, and has all indications of becoming a national league by the next edition. The finals will be in Kuala Lumpur and given the popularity of Southern cinema there, CBL is sure to witness large number of fans cheering their favourite stars.

CBL is a professionally managed sporting league that provides an innovative, entertaining and high-quality league platform for celebrities to exhibit their badminton abilities and deliver value for fans, partners and professional players. CBL aspires to identify and nurture aspirants to become professional players. CBL is governed and guided by a reputed council comprising industry captains, opinion leaders and venture capital investors who aim to bring two of the biggest money spinners namely the entertainment and sporting Industry together, making it a national event with value accretion to all stakeholders.