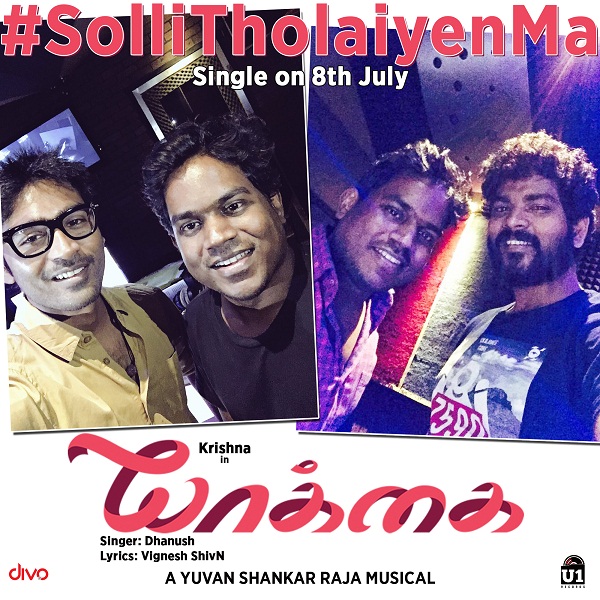 The game of love is weight its worth in the golden hours of waiting. No body can ever quote this better than Director – Lyric writer Vignesh Shivan who had reserved this golden words for the  musical sensational film  “Yaakkai”. With the musical genius Yuvan Shankar Raja capturing the imaginations of the audience with his enthralling music. “Yaakkai” starring Krishna and Swathi in the principle lead is directed by Kulandai Velappan and it is to be noted that Yaakkai, produced by Muthukumaran of Prim Pictures is up on the musical charts. Thanks to the various combinations the makers tried with Dhanush crooning a song that is written by Vignesh Shivan. The lyrics says ” unakku wait panni …en body weak aaguthu…basement shake aaguthu …heart (U) break aaguthu”.  What better words than a “pain” explaining feel than a “pain” inflicting feel in love…apt for the current moment.