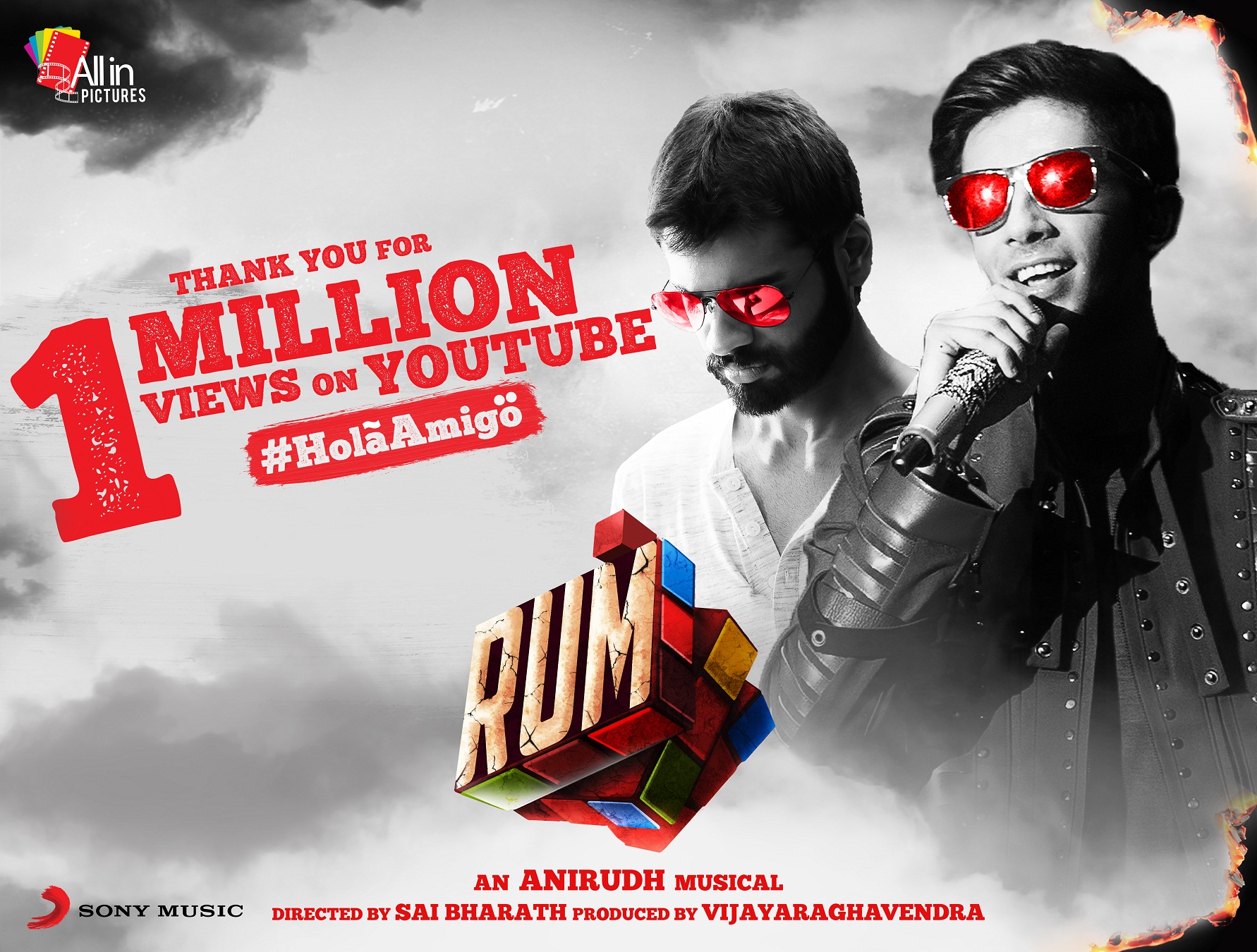 It is Anirudh’s ‘Hola Amigo’ fever that currently spreading in the hearts of youngsters. Hola Amigo is a single track from the upcoming Heist-Horror film Rum that is produced by Vijayaraghavendra of All in Pictures. Composed and sung by Anirudh Ravichander and Malaysian rapper Balan Kashmir, the lyrics of Hola Amigo were written by Madhan Karky and Balan Kashmir. ‘Hola Amigo’ is a Spanish word which means ‘Hello Friend’ in English is now topping the Musical Charts. Right from the day one, Hola Amigo has gone viral in Social Media by attracting all the youngsters and the Music Lovers, especially Anirudhians. And now it has reached more than one million views on Youtube that is considered as a tremendous hit.

It is to be noted that not only Tamil Nadu celebrates this grand success, also the whole of Malaysia is in overjoy since Hola Amigo has their favourite rapper Balan Kashmir in it.

The album became Anirudh’s one of the finest and it is in repeat mode in the entire youngster’s music player. Rum, the horror-thriller directed by debutant Sai Bharath has Hrishikesh, Vivek, Sanchita Shetty, Anjathe Narain, Miya George, Amzath and Arjun Chidambaram in the lead. creating a great vibration in the film trade curcles “Rum” is all set to be a musical hit.
Cast & Crew