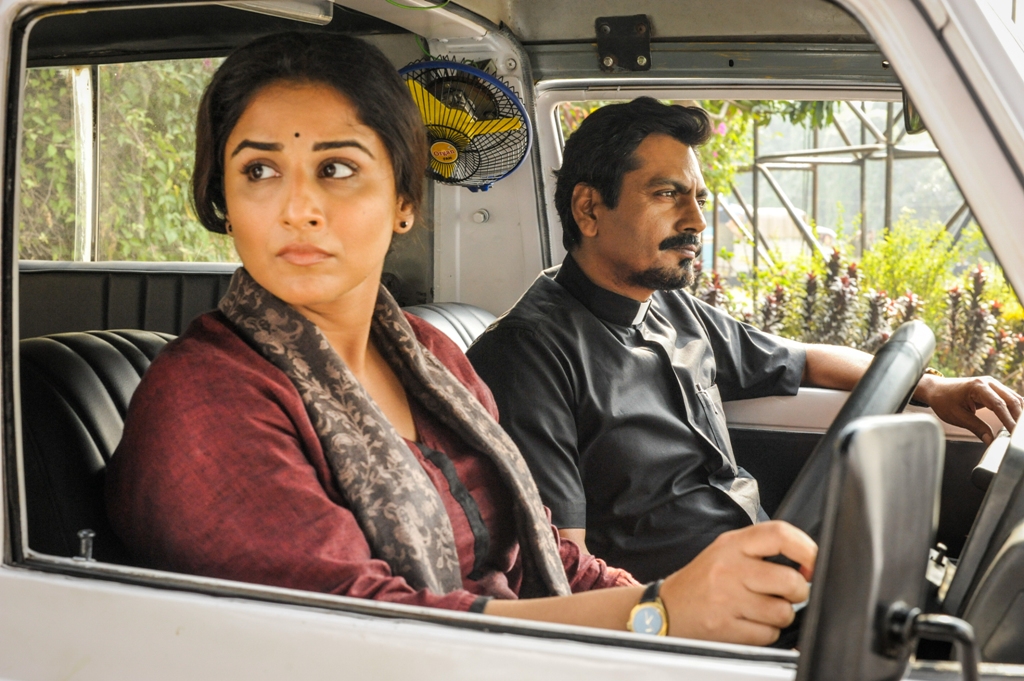 On 10th June, the Power of Three will be unleashed as the formidable trio of exemplary actors in the shape of Amitabh Bachchan, Nawazuddin Siddiqui, with Vidya Balan in a pivotal guest appearance will be seen together in Ribhu Dasgupta’s emotional thriller TE3N!

As the chase to nap a murderer heats up, Vidya’s character has to vend her way to different localities in the city of Kolkata. Vidya reveals that polishing her driving skills was the only real preparation she did for the movie.

“I know how to drive,” Vidya Balan said, “but I’ve never been a confident driver but for this film, I wanted to do it myself so I actually drove around Kolkata. Sujoy Ghosh was my driving instructor.”

Well, nothing like a film experience that teaches you something new!!